40% of Islamic fintechs Shariah-certified, 32% will seek certification in the future - survey

40% of Islamic fintechs Shariah-certified, 32% will seek certification in the future - survey

40% of Islamic fintechs responding to a survey are Shariah-certified and 32% will seek certification in the future, said a new study released on Tuesday (Dec 10).

The study is based on a survey with 180 companies worldwide across five categories: fintechs (50%), ecosystem players such as incubators and accelerators (22%), service providers such as law firms (16%), financial institutions (8%), and investors (4%), Elipses Co-founder and Principal, Abdul Haseeb Basit told Salaam Gateway.

Among the 90 respondents that are Islamic fintechs, the biggest group is based in the UK, followed by Other Europe, North America, Middle East and Southeast Asia.

Significantly, 24% of these respondents are uncertified and will not seek Shariah certification.

A very small 4% are in the process of obtaining Shariah certification.

The report can be downloaded from this link. 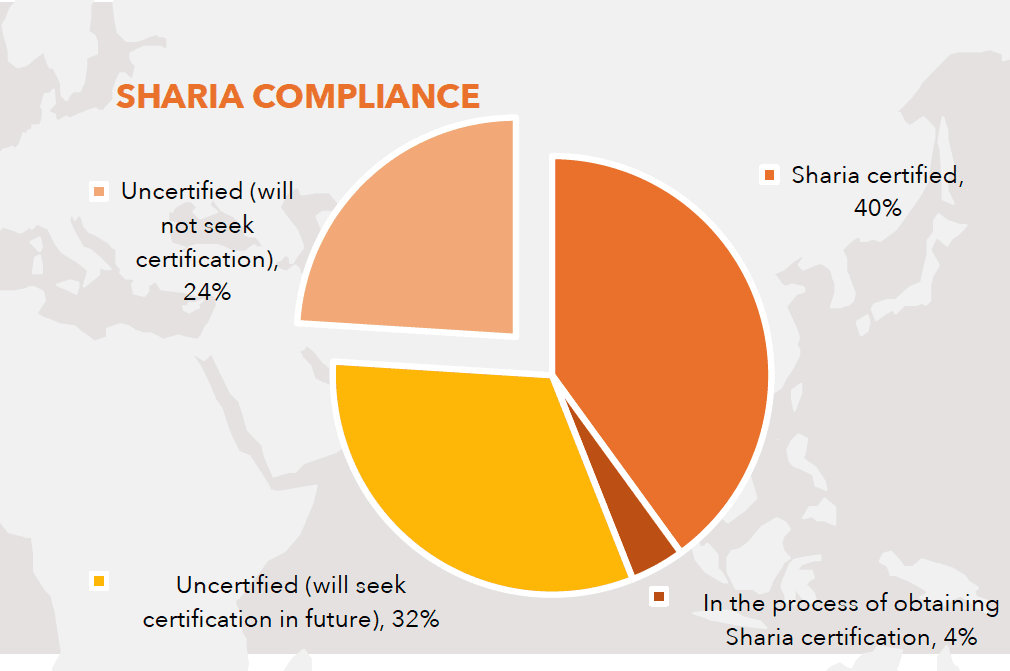