Access to capital is seen as the biggest barrier to growth for Islamic fintechs but 70% expect to raise equity funding in 2020, said a new study released on Tuesday (Dec 10).

The expected average funding size is $7 million, according to the study from London-based digital finance firm Elipses in collaboration with the UK Islamic Fintech Panel.

The study is based on a survey with 180 companies worldwide across five categories: fintechs (50%), ecosystem players such as incubators and accelerators (22%), service providers such as law firms (16%), financial institutions (8%), and investors (4%), Elipses Co-founder and Principal, Abdul Haseeb Basit told Salaam Gateway.

Other forms of funding are also in the mix for Islamic fintechs.

However, despite access to capital being a challenge for Islamic fintechs, 4% less institutions expect to invest in them in 2020, making this an area of continued challenge, the report said.

Other barriers to growth faced by Islamic fintechs are finding top talent, customer education, becoming regulated, and geographic expansion, according to the Global Islamic Fintech Report 2019.

The report can be downloaded from this link. 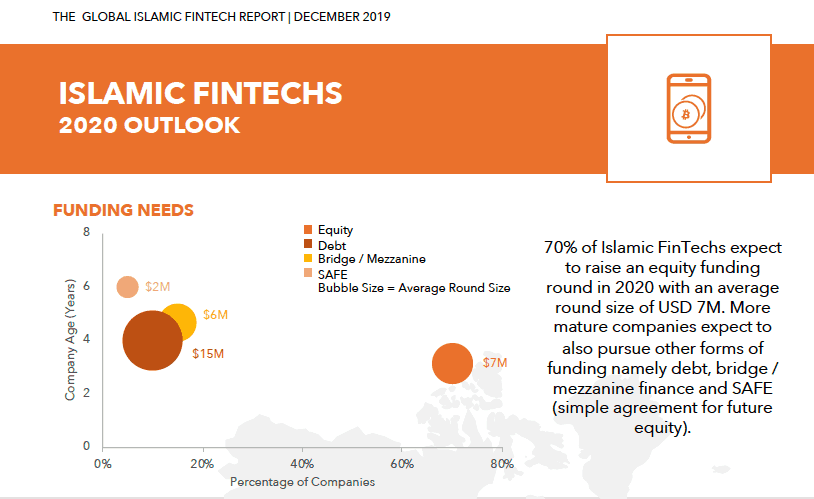