Middle Eastern app games developers have been rushing to launch new titles as millions are stuck at home due to COVID-19 movement restrictions and the holy month of Ramadan.

“Due to the situation developers have a once-in-a-lifetime chance to produce something, put it out there and make a splash,” Vincent Ghassoub, Co-founder and CEO of Falafel Games, a developer based in Beirut, told Salaam Gateway.

There are only a handful of mobile games developers and publishers in the Middle East and North Africa (MENA) that are either developing their own games, or re-working international ones for the regional market by translating content into Arabic and in certain cases, localizing the content for cultural specificities.

“The games market globally is bigger than Hollywood and TV, but in the MENA there’s just five or six developers and publishers, so tiny compared to the overall games ecosystem. We command a very small part of games spending in the MENA,” said Ghassoub referring to mobile apps and comparing them to other app games, internet games and games consoles.

While Ramadan has always been a major launch period for games in the region, just like the lead up to Christmas is a crucial sales time in Europe and North America, the COVID-19 lockdowns around most of the Middle East since March have prompted developers to speed up launch dates.

“We had not planned to be out for Ramadan, as developing a game takes a team of 15 people and around 15 months to get done. But as much of the Gulf has been living a Ramadan lifestyle - staying up at night - for over a month due to the lockdowns, we’re trying to be out before the end of Ramadan,” said Ghassoub of a new strategy game.

Gaming has surged globally due to enforced confinement, with the Middle East no exception. Jordan-based games publisher Tamatem reported a 35% increase in March on the previous month, and is expecting a 40% rise for April.

“Between February and mid-May, inshallah, the company will have doubled in size,” said Hussam Hammo, the company’s CEO.

Gaming companies have noted a rise in the number of games being played.

“Usually people have limited time to play, so it’s typically one game, but now they’re trying a second or third game, which is unprecedented, to have hardcore gamers playing more than one game at the same time,” said Hammo.

“The Coronavirus and Ramadan at the same time should be super prime time for games in general.”

Crypted, an Alexandria, Egypt based developer, has also witnessed a surge in gaming activity, with Ramadan this year slated to be a major boost.

“Gaming activity is at its peak in Ramadan as people get lazy after eating so play a lot, and because of the Coronavirus there’s been a 60 to 80% increase in gaming,” said Ahmed Alaa, the company’s Founder and CEO.

The company has also sped up its launch date for a new card game app, Baloot Quest 2.

“We were going to launch during Eid al Fitr but decided to make it during Ramadan. It influences our next project as the success of a game supports the whole studio for the months afterwards,” said Alaa.

The COVID-19 lockdowns in the lead up to Ramadan caused player behavior to mirror that of the fasting month in previous years.

“Between midnight and the Fajr prayer around 5am, there is a surge in activity as people are playing games. Ramadan is a month most people spend at home. Due to the Coronavirus we’ve seen this surge everyday without having to wait for Ramadan. All entertainment consumption has increased,” said Hammo.

Games companies develop special content for Ramadan, such as having on-screen messages of Ramadan Kareem and designs with crescent moons. Live operations within the game shift from day to night, and some games alert players about prayer times.

“In one game, players can gift stickers another player a sweet usually eaten during Ramadan. Some companies sell in-house purchases that go to zakat,” said Hammo.

It is also a time for companies to market to players during a peak playing period.

“We treat it like Christmas for Muslims – live operations, and promotion graphics for our other games,” said Alaa.

Middle Eastern developers have been able to carve out a strong niche in the regional market by focusing on Arabic content, which has been largely overlooked in games.

While Arabic speakers account for 5.2% of internet users globally, according to AC Nielsen statistics, only 1% of internet content is in the Arabic language. There are some 400,000 games in English but only 850 in Arabic on the App Store, while the MENA mobile games market is expected to treble in size from $680 million in 2015 to $2.3 billion in 2022, according to Tamatem.

Falafel Games has developed a series of word and trivia games for the MENA region.

“For Saudis and the rest of MENA, they can only play a word game in Arabic so the competition in the arena is much less. Even if we come up with the best, say, Swedish word game, we couldn’t compete,” said Ghassoub. Some 2.5 million have played Falafal’s games over the past seven years.

Global developers have not geared content in the strategy gaming space for the region, which Falafel is planning to capitalize on through a new, yet-to-be named game. The game’s architecture is a mixture of fantasy and history, featuring backgrounds that range from the Damascus-ruled Ummayad dynasty (661 to 750 C.E) to the more contemporary Sheikh Zayed mosque in Abu Dhabi, while characters are regional heroes like Salahaddin, Zenobia the Queen of Palmyra, and scientist Ibn Al Haytham.

“The global players don’t want to do these kind of games, they want to make global titles,” said Ghassoub.

Tamatem has released 50 games over the last five years. “We publish games, so Arabise them and make them culturally relevant. They appear as if they were developed completely by us, so look and feel very localized in terms of language, art, the story, the music, and the voice overs,” said Hammo.

This includes making the games Muslim-friendly.

In one farm-themed game, wine is turned into grape juice, and pigs replaced with cows and sheep. “If you have pork in the game the Muslim player will not say it is haram but to them it would seem like the gaming company doesn’t understand the region,” said Hammo.

Hollywood Story, a Croatian developed game that had been downloaded over 300 million times, was re-created by Tamatem for the region as Fashion Queen, with women’s clothes slightly altered to be more modest, particularly in previews and adverts. It is to be the first game targeting female gamers in Arabic.

There have been some cultural faux pas by games publishers not attuned to the region. A Chinese company launched a game with the main character a scantily clad woman re-named Fatima.

“They had no idea how that could backfire, as it was a big mistake choosing the name of the Prophet’s daughter for this nearly naked woman! The issue was amended and the game has been successful,” said Hammo.

Such concerns are particularly relevant for sales in the Gulf countries. While not accounting for the majority of players, Gulf gamers are the highest spenders, being called ‘whales’ in the business.

Players buy add-ons and other packages within a game, which generates income for the developer while enabling gamers in less well-off but more populous countries like Egypt to play the game.

Games are also targeted at the Gulf market, with Crypted and Tamatem offering versions of Baloot, a popular card game in Saudi Arabia and the UAE.

“Baloot is very popular in Saudi Arabia to play at home, at friends, or at big receptions. We took that online and added cultural components, like a VIP area, which Gulf countries love,” said Hammo.

The surge in gaming due to lockdowns and a Ramadan under curfew may prompt developers and publishers to expand into other Muslim-majority markets.

Tamatem recently acquired publishing rights for a game in the MENA, Turkey, and Southeast Asia.

If the game is successfully launched in the region, the company will focus on the other markets.

“We are trying to capitalize on cultural aspects of the Muslim community, with games that are relevant. This will be our test to take Tamatem globally,” said Hammo.

There are challenges however, with games based on Middle Eastern history not necessarily having the same appeal elsewhere.

“We could appeal to Bahasa speaking players, but even if they identify with Islam they may not relate to the Ummayads or the Ottomans. And it is not all about content and language, but also distribution and user behaviour, which is different here compared to Malaysia and Indonesia,” said Ghassoub. 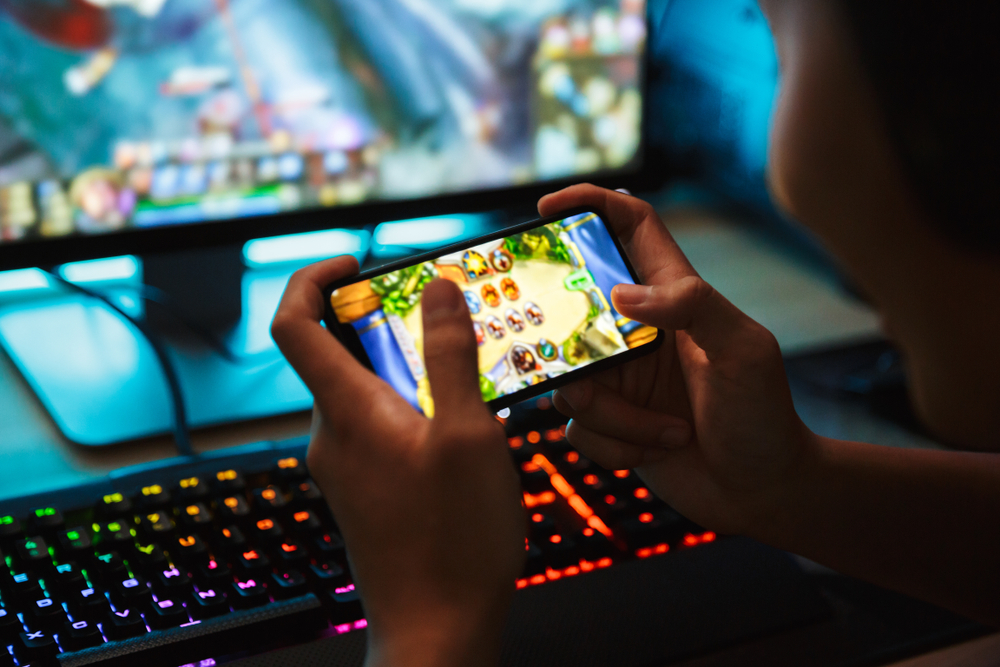 COVID-19 and Ramadan ‘super prime time’ opportunity for the Middle East’s mobile game developers
Middle Eastern app games developers have been rushing to launch new titles as millions are stuck at home due to COVID-19 movement restrictions and the holy month of Ramadan. “Due to..
https://salaamgateway.com/story/covid-19-and-ramadan-super-prime-time-opportunity-for-the-middle-easts-mobile-game-developers