This article is written by Hannah Pearson, Director of Pear Anderson, a Kuala Lumpur-based boutique tourism consultancy specialising in Muslim tourism. Her article is part of Salaam Gateway’s International Women's Day 2020 series that is co-designed and curated by Nyra Mahmood, MD of UK-based Simply Sharia Human Capital (SSHC LTD), the publishers of the 2016 report "Women in Islamic Finance & Islamic Economy”.

The world of halal travel analysis is not particularly diverse. You tend to come across the same names at every conference or in every publication, names and faces which typically belong to Muslim, non-Caucasian males. So as a non-Muslim, white British woman, talking about Muslim travel, I certainly stand out! When I share where I live, Malaysia, it is not a place many would have guessed.

Southeast Asia is home to 242 million Muslims and that’s where my interest in Muslim-friendly travel came from. If you’d asked me eight years ago, before I moved to Malaysia, if I was even aware of the concept, the answer would have been a flat NO. I suspect that is the same for many working in Western hemisphere travel organisations, even now.

Working at a large travel agency based in Kuala Lumpur, I quickly came up to speed. Every day, I would have enquiries from Muslim families looking to travel overseas in a way that was compatible with their faith. It quickly became apparent that this market was underserved. There were few tour operators who could handle Muslim travel requirements, or were even aware of what these would entail.

I had a lightbulb moment, as I realised that catering to Muslim travellers was about inclusivity - giving every traveller the freedom to be able to travel in a way that was comfortable for them, no matter their beliefs. Or, it was more like un-dimming the lights. The demand for Muslim travel has always been there - the supply and interest have not.

When I started my own consultancy, Muslim travel became one of my key focuses, but breaking into this tight-knit scene was not easy. Collaborating with Salam Standard, I met Faeez Fadhlillah, one of those names and faces who always crops up in analysis on Muslim travel. His support and endorsement helped me enormously to feel welcomed, and together we released a report (Global Economic Impact of Muslim Tourism and Future Growth Projection: 2017 - 2020) looking into the worldwide GDP impact of Muslim travel.

Does being a non-Muslim mean that I face credibility issues when talking about Muslim travel? I haven’t encountered that, and actually see it as an advantage. I can take a back-to-basics approach as an outsider, meaning that I can highlight aspects that may be obvious to a Muslim, but not to a non-Muslim. A good example is the misconception in the West that a Muslim needs to pray at a mosque, when in fact whilst travelling, many Muslim travellers are happy with simply a quiet, clean space to perform prayer.

Coming from Europe can also be an advantage when partnering with European travel organisations. Having worked in European companies, I can understand the cultural background and expectations of their requests. My European counterparts feel confident partnering with me, as they know that miscommunication will not be an issue.

Being a woman in the travel industry is fortunately not rare, thankfully. It’s a sector that whilst still lacking significant representation at the very top levels, still has many women throughout the rest, something which I’ve experienced both in Europe and in Southeast Asia.

As a female, I believe that I bring a diverse viewpoint, and this can only be positive. Having all analysis on Muslim travel come from one single point of view would be dangerous, and group think can easily set in with no-one to challenge the status quo.

Halal travel is still grossly under-analysed and under-reported by the mainstream media. Just a few weeks ago, I had a conversation with a travel organisation that was concerned that Muslim travel might be “too sensitive” a topic. It’s ridiculous that we are still at that point in this conversation. Attractions and hotels worry about calling themselves “Muslim-friendly” as they feel they may alienate non-Muslims from visiting. There is definitely an element of Islamophobia when it comes to even thinking about Muslim travel.

So if by being a European, non-Muslim female, I can “normalise” Muslim travel, bringing it to travel organisations and National Tourism Boards, and having it seen not as creeping, anti-feminist Islamisation, but as an economic gain, then I think there is great strength in that.

Once that initial conversation and accepting Muslim travel as a concept is over, we can finally start getting somewhere interesting.

Muslim travel is not one, heterogeneous category. It is formed of subsets, all of which should be analysed. This goes beyond simplistic age/gender divisions which have started to be examined, but should go down to micro levels: how does a high-income, working Gen X Muslim woman from Malaysia whose faith is important to her book travel differently to one from the UK? What are their values? What do they accept as “Muslim-friendly”? Do they have everything in common? Or nothing at all?

The expectations of Muslim travellers are diverse - and these deserve to have diverse viewpoints analysing the sector, too. 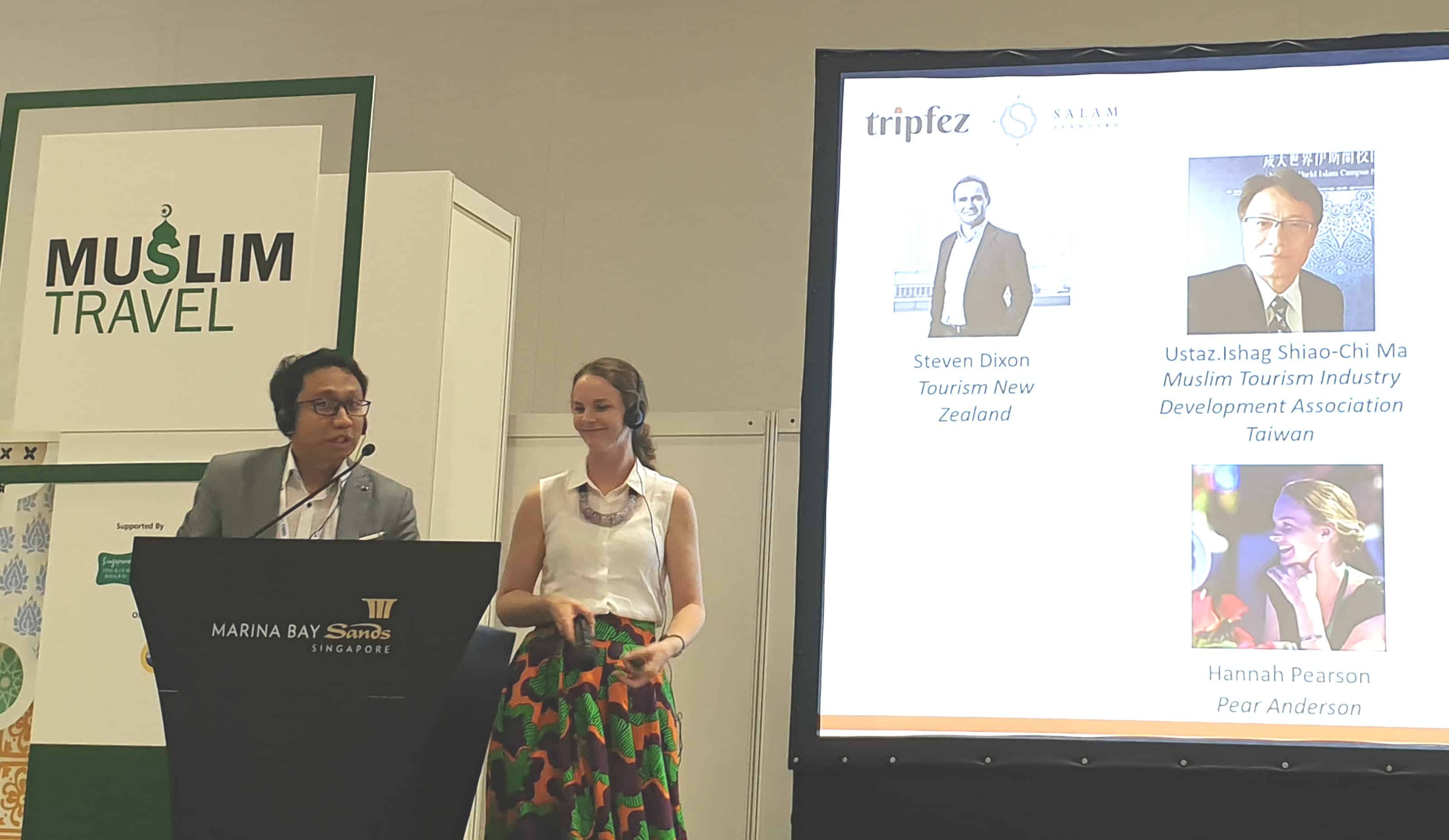