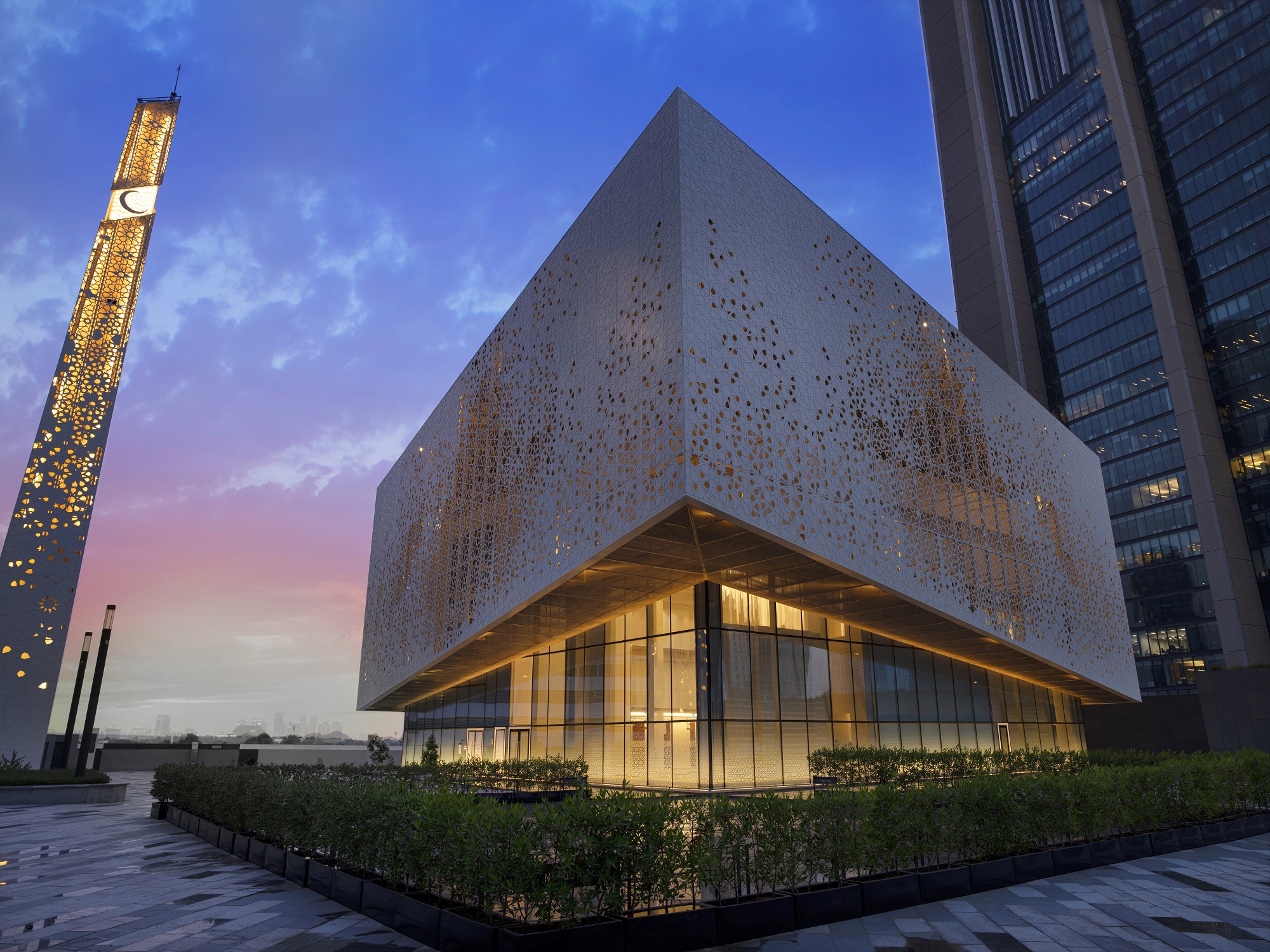 Designed by leading architectural firm RMJM, DIFC’s vision was to create a modern facility for up to 500 worshippers. The design incorporates tradition by reinterpreting the essence of a traditional mosque design with a contemporary style.

The mosque has been created in simple form and is enveloped by a screen with graduated perforations, allowing light to bathe the interior space, which is revealed when approaching from the outside. The design was inspired by Islamic Architecture and refers to it by reinterpreting the essence of a traditional mosque design but in a contemporary context, utilising Islamic architectural elements such as Mashrabiya. The Mosque includes a dedicated ladies’ prayer area and can also accommodate the ‘Jummah’ prayer.