Dubai Islamic Bank posted a strong rebound in first-quarter 2021 profit compared to the preceding three months, bringing cheer to the Group that otherwise has not returned to pre-pandemic levels of growth.

The United Arab Emirates’ largest standalone Islamic bank reported 853 million dirhams ($232 million) in net profit for the three months through March, a 2,337% growth compared to the last quarter of 2020.

The bank said in a statement on Wednesday (April 28) that this signals a “clearly improving economic trend”.

The first quarter of 2020 was the last before the full-blown onset of the COVID-19 pandemic. DIB’s net profit for that period was 1.11 billion dirhams, 23% higher than the same period of this year.

Its non-performing financing ratio, that measures the proportion of non-performing loans to the total amount of outstanding loans, reached 6.2% for January through March this year, up from 4.3% for the same three months in 2020.

The growth in assets was propped up by a 7% year-on-year increase in deposits to 214 billion dirhams and 6% rise in liabilities to 238.2 billion dirhams. 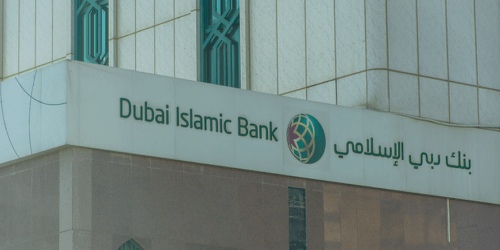 Dubai Islamic Bank profit down year-on-year but quarterly growth brings cheer
Dubai Islamic Bank posted a strong rebound in first-quarter 2021 profit compared to the preceding three months, bringing cheer to the Group that otherwise has not returned to pre-pandemic levels of..
https://salaamgateway.com/story/dubai-islamic-bank-profit-down-year-on-year-but-quarterly-growth-brings-cheer