Photo: Rafi-uddin Shikoh, CEO and MD of DinarStandard, speaking at the launch of the State of the Global Islamic Economy 2019/20 report in Kuala Lumpur on Nov 13, 2019. Photo courtesy DinarStandard

How reliable and useful is the annual State of the Global Islamic Economy report? – Q&A with author DinarStandard

The State of the Global Islamic Economy (SGIE) report has been published annually since 2013 and its data and analyses are widely referenced and cited by the media and industry stakeholders.

The report’s author, New York-headquartered growth strategy research and advisory firm DinarStandard, said in a statement on Nov 11 launching this year’s publication that “the report has helped make a business case for funding start-ups and driving multiple national-level halal economy strategies and investments as well as corporate expansion initiatives.”

The strength of data-driven industry reports such as the SGIE lies in the way their research and data sourcing, collection and analyses are designed and carried out, which makes the methodology section a must-read. This begs the question: How reliable and useful is data and consequent analyses found in the SGIE, and what is the report’s margin of credibility?

SALAAM GATEWAY: The State of the Global Islamic Economy (SGIE) 2019/20 report states: “Overall, the Islamic economy sector estimates are based on the potential universe of the opportunity and focused on its core audience of Muslim consumers globally. This number does not represent the actual value of the global Islamic economy, but more broadly the total spend value that Muslims provide to the global economy.” (SGIE report bold)

This is possibly the most important point to note of the sizing of the Islamic economy as provided by DinarStandard. Why have you stuck to this methodology and not provided the actual market value of each sector instead, especially considering the increasing assertion that the products and services of the Islamic economy are by and large for everyone whether Muslim or not, save activities such as hajj and umrah that are exclusive to Muslims?

In 2015, we had presented actual estimates of halal-certified food, modest fashion, and halal travel based on an extensive industry survey. We intend to expand on this coverage of actual 'halal' consumption next year.

However, for investors and marketers, the addressable market remains an important metric that represents a key potential opportunity reference. Our current sector estimates do not represent the additional opportunity presented by non-Muslim consumers of halal ethical products and services worldwide.  This is another area we seek to expand our estimates.

SALAAM GATEWAY: What are the pros and cons of these sizing numbers provided by the SGIE versus actual market value of each sector?

Cons: Within the total addressable Islamic economy market, the actual volume affected by faith-based attributes has to be factored in to derive actual estimates.  This is why we clearly specify the distinction in the Report.  In our detailed sector specific reports, we do present actual estimates and their developing growth trajectories.

SALAAM GATEWAY: The SGIE reports since 2013 faithfully carry from year to year some top-line data and analyses, chiefly the size of Muslim spend for each sector, key developments in the past year, key opportunities, and the Global Islamic Economy Indicator (GIEI).

There are some assessments that are not repeated but which have been useful as data points and analyses. Two key ones come to mind: $415 billion was given as the estimated revenues from halal-certified food and beverage products in 2015, and in last year’s SGIE there was a mapping of the Sustainable Development Goals (SDGs) to Islamic economy sectors. Why have these two not been carried forward and expanded or woven more deeply into the fabric of the report, considering their increasing importance?

DINARSTANDARD: We're glad that we had sized the market for Halal Food in 2015, as well as a mapping to SDGs in 2018 along many other discussion pieces. In reality, the report can only cover so much - for instance, in 2014 we did a piece on hajj which was extremely well-received. We have covered special briefings on Islam-themed education, halal logistics, digital Islamic economy, and health services.

For halal sizing, we are glad we undertook the exercise, undertaking a significant effort. It requires significant investment in robust data collection to provide an accurate picture and is different in its nature to Muslim spend.

In subsequent years, we had decided to focus on other aspects of the Islamic economy opportunity. Given strong market demand and the proliferation of halal market reports, we are likely to provide a more regular update going forward.

For SDGs, we had actually embedded the mapping into our developments, but the prior year, as it was the first time we had introduced the concept, we felt necessary to have a standalone section. In future, we may revert to standalone sections but very much feel that the SDGs are now a part of the sector developments.

Our push towards digitization of the report will enable a broader coverage of topics.

SALAAM GATEWAY: How are countries on the Global Islamic Economy Indicator (GIEI) selected for inclusion, as New Zealand appears to be absent from the universe, which is jarring considering the country’s substantial halal meat sector.

DINARSTANDARD: The GIE Indicator methodology and coverage of 73 countries (57 Organisation of Islamic Cooperation (OIC) member countries plus key non-OIC Islamic economy source markets across the 7 sectors) has not been updated since [the first time it was released in 2014].

We have this year identified that many countries now need to be added to the Indicator, e.g. Spain and others.

We are looking to revamp other aspects of rankings methodology as well.

It is our full intention as we digitize the indicator that we enhance the methodology to account for additional parameters, such as the existence and development of national halal economy strategies, as well as to expand the geographic scope to include a broader range of countries, especially from the EU as well as other non-OIC countries.

This reflects the reality that we are continually improving and are seeing a marked determination from governments seeing Islamic economy as a major contributor to GDP growth and trade opportunities.

SALAAM GATEWAY: As the global Islamic economy expands, is the SGIE taking steps to include more countries that are involved in the production and supply of products and services across the Islamic economy sectors?

DINARSTANDARD: As mentioned earlier, we do plan to expand our coverage of countries to account for significant demand and supply among non-OIC countries, for halal products.

We expect a continued evolution in the rankings as more countries and more governments realize the extent of the Islamic economy opportunity and make significant investments.

Indonesia's rapid rise from tenth place to fifth place serves as a case in point.

DINARSTANDARD: Yes - the underlying methodology that makes up the SGIE has remained unchanged since it started in 2014.

In 2013, we did not have the indicator. While the methodology has been carefully developed and is comprehensive, methodologies do get improved over time, and we expect to enhance and adapt our methodology going forward in light of significant strategic initiatives undertaken by an increasing set of OIC and non-OIC countries.

SALAAM GATEWAY: After seven reports, how can the SGIE be improved so that it can be a useful and practical reference point not only for policymakers and big businesses but also for entrepreneurs and SMEs moving forward into an increasingly fast-changing world? For example, how does DinarStandard solicit feedback from stakeholders across the global Islamic economy?

DINARSTANDARD: Interviews have always been a part of our report, and in 2016 we undertook an extensive industry survey for feedback on Reports utility and seeking areas of improvements.

As a result, each year we have introduced new areas, while keeping a few key requested standard features.

One of the big requests had been to unpack the extensive coverage the Report has.  As a result, this year the Report will be strongly integrated with SalaamGateway.com with stories and features separately highlighted.

A monthly webinar series has also been initiated. As we digitize our report and expand our reach, stakeholder surveys could be making a comeback in future reports.

The State of the Global Islamic Economy 2019/20 report is produced by DinarStandard and supported by the Dubai Islamic Economy Development Centre. It can be downloaded from this link: https://www.salaamgateway.com/SGIE19-20. 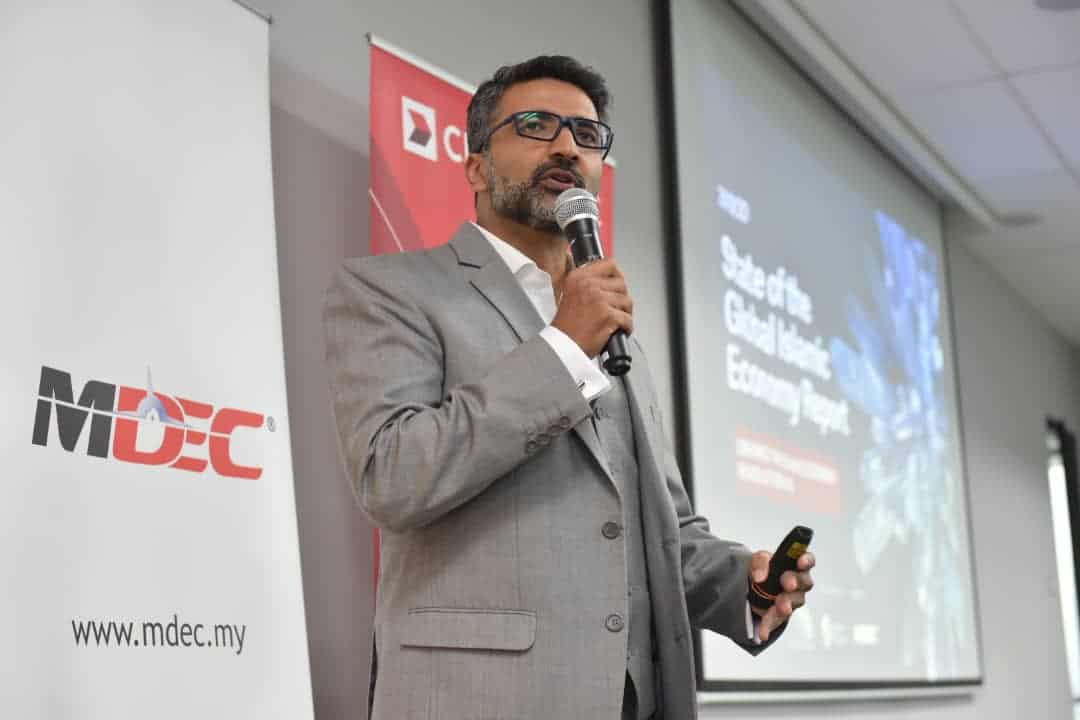 How reliable and useful is the annual State of the Global Islamic Economy report? – Q&A with author DinarStandard
The State of the Global Islamic Economy (SGIE) report has been published annually since 2013 and its data and analyses are widely referenced and cited by the media and industry stakeholders. &..
https://salaamgateway.com/story/how-reliable-and-useful-is-the-annual-state-of-the-global-islamic-economy-report-qa-with-author-dina