In a first, women are working on the front lines at Makkah’s Masjid Al Haram

This is the first time ever that the authority has hired women to work in frontline positions at the mosque after it appointed ten women to senior leadership positions in August last year.

The change is part of reforms to advance the rights of women in the country and include more of them as active participants in the economy as the government implements its Vision 2030 masterplan to diversify income away from hydrocarbons.

State news agency SPA said 600 of the 1,500 women will serve in the technical and service unit and 50 will drive electric vehicles.

850 will join different divisions, including the unit in charge of zamzam water, carpet-cleaning and transportation, and administrative and management departments such as for internal auditing, arts and education, and media and communications.

On Monday (Apr 19), the Ministry of the Interior posted pictures of women standing as guards in the mosque. 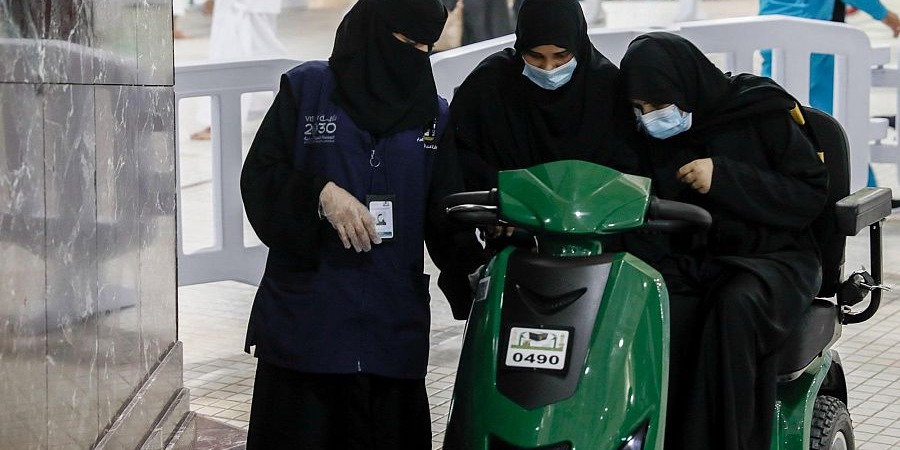 In a first, women are working on the front lines at Makkah’s Masjid Al Haram
Saudi Arabia’s General Presidency for the Affairs of the Two Holy Mosques has hired around 1,500 women to serve worshippers and pilgrims at Makkah’s Masjid al Haram, state news agency S..
https://salaamgateway.com/story/in-a-first-women-are-working-on-the-front-lines-at-makkahs-masjid-al-haram