The recent row has already damaged Indian trade and diplomatic relations, with some OIC countries having called for boycotts of Indian goods (Shutterstock).

New Delhi: A campaign to boycott Indian products in Islamic countries because of anti-Muslim comments made by leaders of India’s ruling Bharatiya Janata Party (BJP) may have temporarily died down, but given the country’s continuing Hindu-Muslim tensions, the risk of future supply disruption remains, warn economists.

“Considering the political situation in India, there is a great possibility that another Islamophobic (comment) could come from the ruling party or its supporters, then once again there … could be a public backlash against Indian products,” Sushant Singh, a senior fellow at the Centre of Policy Research, in New Delhi, told Salaam Gateway.

The recent row followed comments made in May by Nupur Sharma, a BJP spokesperson, during a television debate and subsequent tweet in June by Naveen Kumar Jindal, another BJP spokesperson, about Prophet Mohammad that stoked anger across the Islamic world with calls to boycott of Indian products.

While both officials were suspended from the party, concerns about potential losses to Indian food exports to Muslim countries remain, should similar controversies erupt again linked to the BJP.

The ruling party advocates Hindutva (Hindu-ness), effectively defining Indian culture in terms of Hindu values. Party members have criticised the secular traditions of the country’s other main national party Indian National Congress that has been seen as more accommodating to India’s 210 million Muslims.

The recent row has already damaged Indian trade and diplomatic relations. After a sustained social media campaign against India, a Kuwaiti supermarket pulled Indian products from its shelves and Qatar demanded an apology from India for the Islamophobic comments.

At least 17 other Islamic countries and the Organisation of Islamic Cooperation condemned the remarks.

These sales had been increasing steadily, according to Indian ministry of commerce and industry data. In a statement released in June last year and accounting for the financial year ending 31 March, the ministry said India’s exports of non-basmati rice to GCC countries grew 26.01%, while spice exports grew 52.39% and sugar 50.88%.

Produced in the northern Indian state, 2,700 tons of basmati rice was shipped to the GCC. Iran and Iraq also rank among the key customers, accounting for more than $2.5 billion in receipts, according to the ministry.

The Indian government is trying to expand export sales to the GCC by promoting other unique Indian products like saffron and dry fruits from Kashmir and targeting Saudi Arabian fast moving consumer goods retailer LuLu Group International, the ministry said.

It is these products that are vulnerable to any boycotts.

Although demand for Indian meat products in the Gulf countries is high and, until 2018 export growth was good, the sector has been facing serious challenges, said Payal Kaur Bakshi, export sales manager of the Al-Hassan Group in New Delhi.

Bakshi said a key reason for the recent difficulties has been reluctance by the importing countries’ halal regulators to visit India and certify producers and exporters as halal-compliant.

“For many years the delegations of several countries have not come to India and therefore we are not able to export to those countries. It is not clear where the problem lies,” she told Salam Gateway.

Hence, while the Al-Hassan Group has been exporting buffalo and sheep meat to the UAE and Oman, it has been unable to access other GCC markets because of a lack of approvals. This has given key competitors Brazil, Argentina and Australia a freer run.

However, she said the latest row has not worsened the situation with the company not receiving any requests to reduce or halt imports from GCC buyers or regulators.

India’s versatile apparel sector is also keeping an eye on trade relations with the Gulf with annual clothing and accessories exports to the region worth $2.44 billion in the financial year under discussion.

“It is basically a mid to low-segment of apparel market, largely ladies’ dresses and children’s garments,” Chandrima Chatterjee, secretary-general of the Confederation of Indian Textile Industry in New Delhi told Salaam Gateway, labelling the recent political tensions as a cause of worry.

Among the Gulf markets, Dubai holds a special significance for Indian garment exporters as it is a conduit to markets in Iraq, Iran and other countries in the region where financial systems are not reliable, said Chatterjee.

India exported $43.93 billion’s worth of products in the year to March 2022 to the GCC; a 58% year-on-year increase and accounting for 10.4% of India's total exports. Given this value, Singh said it would be tough for India to find a replacement if lost, particularly because of the stringent technical and medical standards western countries applied on these products.

India’s exports were already small relative to its economy with Singh adding that anything Indian companies were unable to export compounded the country’s trade and fiscal deficit.

Furthermore, Singh said many Indian companies struggle to maintain a diplomatic distance from the central government as the country’s corporate world was closely aligned with public authorities.

“It’s not possible for a business to function without the approval or support of the government, especially one accused of intolerance towards its critics, such as the present administration,” said Singh.

Although there are possibilities to increase south Asian exports to Bangladesh, Maldives or Sri Lanka, they cannot be a long-term solution to any loss of GCC trade. 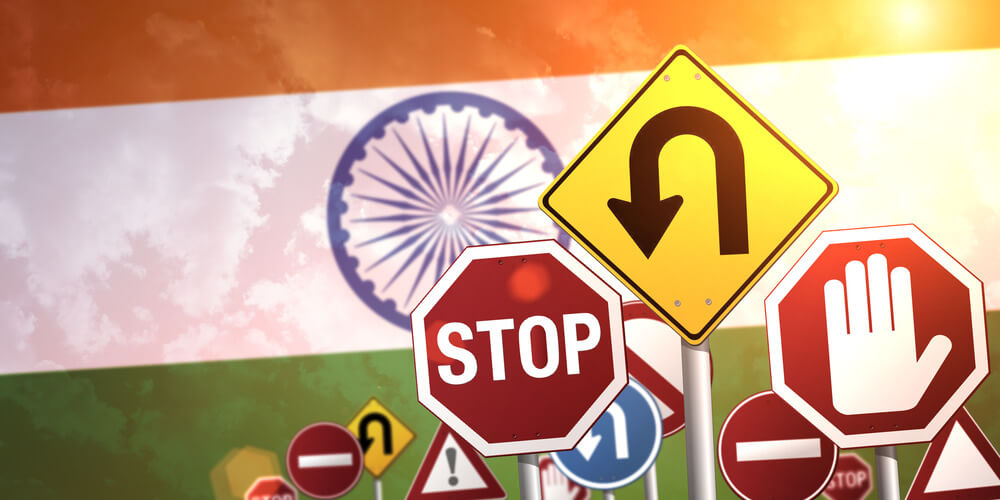