Photo: Stacks of hundreds of 100,000 rupiah banknotes on a table in Makassar, Indonesia, on July 18, 2019. Herwin Bahar/Shutterstock

Bank Indonesia issued new regulation Peraturan Anggota Dewan Gubernur No.22/5/PADG/2020 on Monday that allows the regulator to buy long-term government bonds and sukuk in primary auctions without going through intermediaries such as brokers or main dealers. This is a derivative rule of government regulation in lieu of law No.1/2020 on state financial policy recently introduced by the government to tackle the COVID-19 pandemic crisis.

Dwi Irianti, Director of Islamic finance at the Ministry of Finance told Salaam Gateway the government raised a total of 14 trillion rupiah via sukuk, 9.98 trillion rupiah on Tuesday’s regular auction and an additional 4.02 trillion rupiah on Wednesday’s Green Shoe Option auction. The government prefers the GSO scheme and will not raise any specific bond such as those sold for liquidity support (BLBI) from the central bank during the 1997/1998 Asian Financial Crisis.

“With the additional spending to tackle the COVID-19 crisis, the fiscal deficit is expected to be wider than the initial 2020 state budget of 1.76% of GDP, to 5.07% of GDP,” said the director.

“This is equal to 852.9 trillion rupiah of state budget financing. That’s why we will upsize our government bonds and sukuk issuances this year,” she added.

“For sukuk the initial target issuance this year is 191 trillion rupiah but at the moment for sure it will be higher. And as stated in government regulation in lieu of law No.1/2020, the central bank will support us by buying long-term government bonds or sukuk on primary auction until the end of this year.”

The central bank already buys government bonds or sukuk on primary deals but only for non-competitive, short-term auctions. The regulator isn’t allowed to enter into competitive bids as it has the power to become the highest bidder and decide the price, which will distort the market.

The government has allowed the central bank to also now bid in non-competitive long-term government bonds and sukuk because it requires substantial funds.

Although Bank Indonesia bought more than 30% of the 14 trillion rupiah of government sukuk sold on Wednesday, Dwi Irianti hopes the central bank can increase its purchase for coming sales. It bought 50% of 20 trillion rupiah worth of short-term (6-month and 9-month) government bonds issued on April 7.

“But there will be obligation for the central bank as lender of last resort. For instance, if in the upcoming issuance, both on regular primary auction and GSO auction the market doesn’t buy our bonds, the central bank will buy them via private placement as a last resort,” said the head of Islamic finance.

“We plan to issue 40 trillion rupiah in government bonds soon. If, for example, the market only buys 35 trillion rupiah, the rest will be via private placement by the central bank,” she said.

Given the uncertainty of how much the government will issue additional sukuk, from the planned 191 trillion rupiah target, Dwi Irianti hopes the central bank can work with the government to guide the financial market.

Indonesia’s government is still assessing and evaluating the ongoing COVID-19 fiscal stimulus and there is no fixed number of government sukuk issuance target as yet.

Considering the current financial market volatility, the government is hoping for a good response from the market. The sovereign’s U.S.-dollar $4.3 billion bond sold on April 7 was three times oversubscribed.

“Currently the market is very volatile. Today we can find a very good window but the next day it is the opposite,” said Dwi Irianti.

Investors are currently taking a wait-and-see approach, she said.

“We really need to be clever as to when to enter the market, usually we need at least two or three consecutive days of good windows to enter the global market,”  she said. 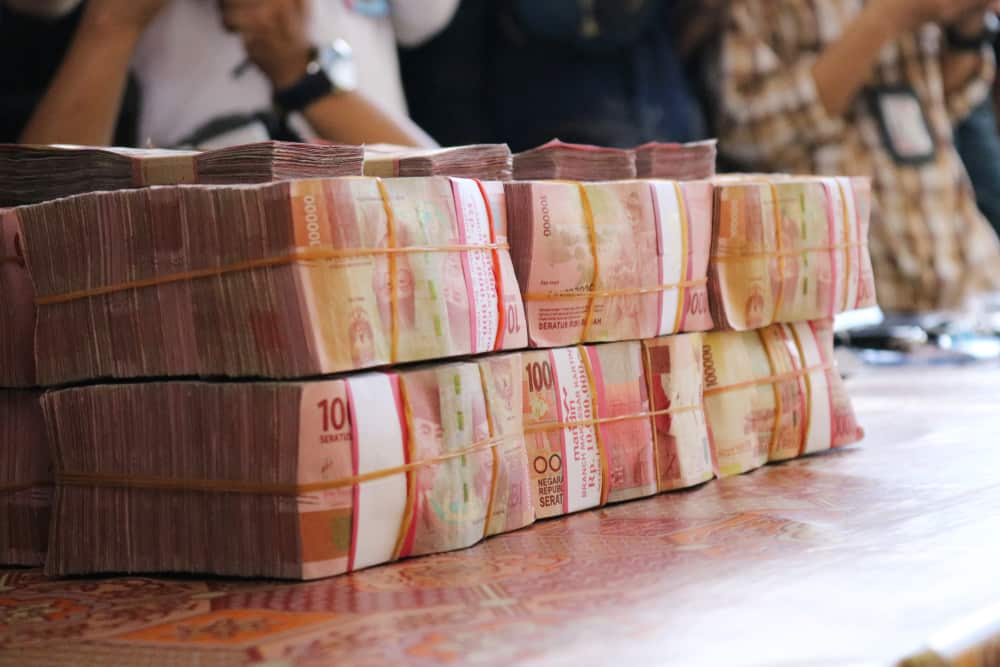