JAKARTA – Indonesia is prioritizing the reduction of COVID-19 cases at home to ease the travel passage for its pilgrims ahead of the reopening of the umrah on August 10.

Indonesia's government late last month received Saudi confirmation of the reopening of umrah for overseas Muslims, with a key condition that pilgrims from nine nations badly hit by COVID, Indonesia included, would first need to quarantine for 14 days in a third country.

“The ambassador confirmed a circular from Saudi Arabia's Ministry of Hajj and Umrah regarding the plan to open umrah," said Khoirizi.

Saudi Arabia closed its borders to umrah pilgrims in February last year as part of efforts to curb the spread of the coronavirus.

"However, the details of the circular, including those concerning Indonesia, are still being coordinated," Khoirizi said.

The ambassador said his office communicated Indonesia's questions to the deputy foreign minister of Saudi Arabia, according to Khoirizi.

"The information we have so far is that there will be detailed provisions regarding the implementation of umrah 1443H, including those related to Indonesian umrah pilgrims," ​said the official.

The minister of religious affairs recently met representatives from travel agency associations Amphuri, Himpuh, Asphurindo, Kesthuri, Sapuhi, Gaphura, Ampuh, and Asphuri to give them updated information regarding the government's diplomatic efforts with Saudi Arabia regarding umrah.

The associations agreed on the importance of a standard operating procedure for organizing umrah during the pandemic, to include quarantine, COVID tests, vaccination schemes, and the possibility of the government preparing vaccine certificates in English.

The Saudi government will accept pilgrims fully-vaccinated with the Pfizer, Moderna, AstraZeneca, or Johnson & Johnson vaccines. It will also allow pilgrims who have received two doses of the Sinovac if they have also been given a booster shot of any one of the other four.

Indonesia has been using Sinovac as the main vaccine of its national program. Booster shots or third doses started on July 17 with the Moderna but only for medical frontliners.

“It's better for us to focus on handling COVID-19 first. Then, we can convey this to Saudi Arabia, showing the decrease in the number of cases," said Khoirizi.

The official said that instead of using third countries as a quarantine or transit option, to ensure protection, direct flights should be made so that the risk of pilgrims being exposed to COVID-19 is reduced.

Khoirizi said that it is still very difficult to perform umrah while COVID cases are still prevalent, pointing to the examples of big international events the Tokyo Olympics and Euro 2020 that led to spikes in the number of cases.

Indonesia's COVID cases on Wednesday (August 4) was 35,867. The numbers have been decreasing from a high on July 15 of 56,757, according to data from the ministry of health. The surge in cases has been due to the spread of the more highly contagious Delta variant.

The vaccination rate as of Thursday noon local time was 23.45% (48.8 million) for one dose and 10.66% for two doses. The target is to vaccinate 208.3 million residents, equivalent to two-thirds of the population.

The country passed the grim milestone of 100,000 deaths on August 4, according to the health ministry. 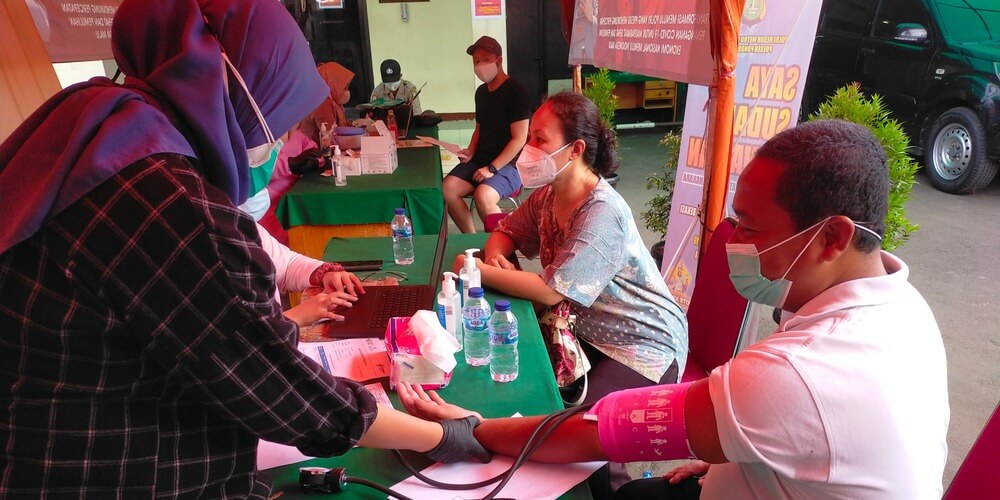 Indonesia prioritizing COVID containment to ensure smoother passage for umrah pilgrims
JAKARTA – Indonesia is prioritizing the reduction of COVID-19 cases at home to ease the travel passage for its pilgrims ahead of the reopening of the umrah on August 10. ..
https://salaamgateway.com/story/indonesia-prioritizing-covid-containment-to-ensure-smoother-passage-for-umrah-pilgrims