JAKARTA – Most of Indonesia’s Islamic fintechs are re-orienting or pivoting their businesses as the country’s MSMEs and entrepreneurs slump due to social distancing and other restrictions amid the spread of the novel coronavirus, Ronald Yusuf Wijaya, chairperson of the Indonesia Syariah Fintech Association (AFSI) told Salaam Gateway.

Overall, about half of the members of the Indonesian Fintech Lenders Association (AFPI), which counts conventional and Islamic companies, reported having received requests for loan restructuring from their clients, according to a recent survey by the industry body.

Ronald, who is Country Head for real estate crowdfunder Ethis Crowd and P2P SME lender Kapital Boost, said his start-ups are “quite stable” for the moment, with very few customers asking to restructure their financing.

Ronald started 2020 projecting a five-fold growth for Ethis and three times more in disbursements for Kapital Boost. “It might not reach that high this year since there are many property projects delayed,” he said.

“There is no construction activity since the government imposed PSBB (large-scale social restrictions),” said Ronald, referring specifically to the real estate-focused Ethis.

“Banks are also limiting their credit for homes since many customers are exposed to layoffs,” he added.

Another Islamic fintech, Alami Fintek Syaria, is also holding its own, according to its CEO.

Dima Djani told Salaam Gateway there have been no late payments from Alami’s borrowers so far.

“Alhamdulillah we are able to maintain our  credit quality and there is no pivoting plan so far,” Dima told Salaam Gateway.

The fintech currently focuses on health, F&B and the logistic sectors that have been performing better through the pandemic crisis. Alami disbursed more than 50 billion rupiah in the first quarter of 2020.

The platforms that aren’t doing as well are the ones that don’t have sufficient operational funds, beyond two to three months, said Dima, stressing that the crisis is not the best time to raise money from institutions and venture capital firms.

“For us, we have revised slightly our growth target this year. We are still watching credit performance for the next two or three months because surely there will be a sharp downturn across the industries,” said Dima.

Alami is targeting double of its disbursements this year compared to 2019 when it channeled 82 million rupiah to borrowers.

The Islamic platform is taking advantage of the crisis to boost its infrastructure and make itself useful to traditional banks.

“We are developing an aggregator for Shariah banks so that they are able to sell their products through digitalization since their offline channels are currently disrupted during the pandemic,” said Dima.

But not all Islamic fintechs are doing as well.

Lutfi Adhiansyah, CEO of P2P lender Ammana Fintek Syariah told Salaam Gateway the start-up has temporarily stopped commercial financing to two sectors: umrah and microfinancing for the informal sector that has been hit hard by the COVID-19 pandemic. Further, financing to other sectors has been substantially restricted.

Only around 20% of Ammana’s current financing portfolio is dedicated to commercial financing and it has become more selective as to who it disburses funds to. The platform is still taking on borrowers from sectors including food (frozen food), energy (palm kernel shell), modest wear, telco (phone credit agent) and invoice financing for staple foods.

“Unlike the financial crisis in 1997/1998 and 2007/2008, the large-scale lockdown (PSBB) has affected Shariah MSMEs since there is no supply chain and distribution activities,” said Lutfi.

“For instance, cattle and goat breeders for the Eid al Adha festival of sacrifice are at a loss right now since they can’t get feed and transfer their livestock. All of their business activities need to be done physically and now these have been delayed because of PSBB,” he said.

Ammana is pivoting amid the crisis, and is now providing qard hasan, with the funds coming from charitable donations.

This will continue through the fasting month of Ramadan.

“Since NRA has its own kitchen business, we plan to give rice boxes everyday during Ramadan, around NRA’s office area in south Jakarta where we’ve seen informal workers who have lost their daily earnings and are unable to pay rent or cook their meals,” Lutfi said.

The crisis has made greater demands of Islamic fintechs, he said, as more lenders demand more transparency.

The company, which has been working from home since March, is now actively engaging borrowers to interact and report directly to lenders via video conferencing. By doing so, it hopes to better manage lenders’ expectations.

Although there is no default rate introduced so far by the Financial Services Authority (OJK) for P2P lenders, there is concern about rising non-performing financing, known as TKB90 in the P2P industry.

Last year, NPF surged to 3.6% from 1.4%, as disbursement increased to 81.5 trillion rupiah from around 22.6 trillion rupiah in 2018, according to OJK data. As a reference, the ceiling rate for the banking industry is 5%.

Lutfi projected a tenfold growth for 2020 since the company secured a licence from the OJK last year, that it believes will boost lending from institutions. But the crisis has dampened his optimism.

“Both retail and institutional lenders will wait and see until the situation becomes clearer,” said Lutfi.

It will take at least four months for the financial industry to get a better picture of the situation, he said.

“I will continue to temporarily pivot until at least June or July.” 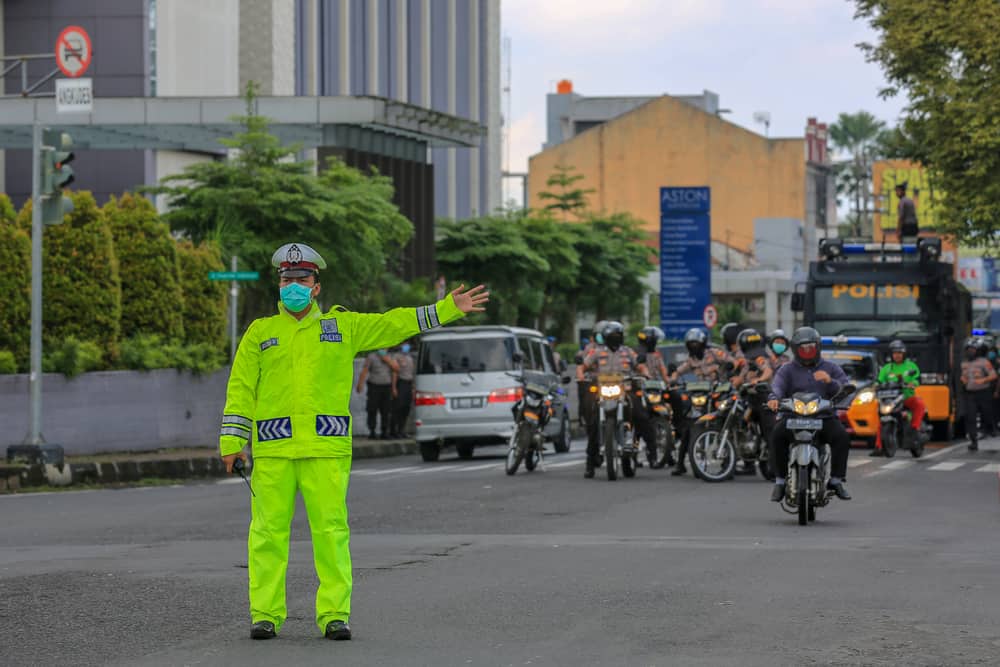 Indonesia’s Islamic fintechs downgrade growth forecasts but plod on amid coronavirus crisis
JAKARTA – Most of Indonesia’s Islamic fintechs are re-orienting or pivoting their businesses as the country’s MSMEs and entrepreneurs slump due to social distancing and other..
https://salaamgateway.com/story/indonesias-islamic-fintechs-downgrade-growth-forecasts-but-plod-on-amid-coronavirus-crisis