KUALA LUMPUR - Freshly flush with millions in fundraising, Joe McGuire is now preparing to take the next steps on his path to launching the world’s first standalone central bank-licensed Islamic challenger bank.

In September, McGuire’s fintech start-up, MyMy, was on the receiving end of a 10 million ringgit ($2.45 million) seed injection from Koperasi Tentera, an association of armed forces veterans and one of Malaysia’s leading credit co-operatives. This money will be used to pave the way for McGuire’s ultimate goal.

“It's our ambition to be the first digital Islamic bank in the world. Really, it's going to be a matter of time before that happens,” he told Salaam Gateway over coffee in Kuala Lumpur, where MyMy is based.

“We've now got a great investor which I think will help us along that journey. But there’s still a very long way to go.”

With services like Germany’s Insha already available, many may believe MyMy is late in its plans to be the first Islamic digital bank. But as a digital offshoot of Istanbul-headquartered Albaraka Türk Participation Bank that does not have its own standalone full banking licence, Insha cannot claim the crown in this category.

A more likely contender for first place as a standalone central bank-licensed Islamic digital bank might be IBA of Australia, which hopes to receive a banking licence from the Australian Prudential Regulation Authority next year. But with plans to open a physical branch in Sydney, it could not claim to be a fully digital bank.

Before any first virtual bank takes root in Malaysia, it needs one of the probably five digital banking licences that will be issued by the central bank, Bank Negara Malaysia, next year. As many as 50 institutions and consortiums, both local and from around the world, are currently awaiting the release of the licence application process before they can place their bids.

MyMy is using this time, and its recent funding, to make hay in the pursuit of an e-money license from Bank Negara to operate an e-wallet. On the back of this, MyMy will apply for a full virtual banking licence when the doors open in 2021.

“This e-money license will allows us to iterate in the market by getting our product to consumers and finding out what works and what doesn't work on our journey to becoming a digital bank,” said McGuire, who co-founded MyMy in 2018 with Kishore Samuel, who has occupied senior positions in banking, government-liked companies and investments in Malaysia.

McGuire has enjoyed a fast-paced career in finance that took him from trading and consulting to being Commonwealth Bank’s youngest state manager in his native Australia.

The 32-year-old chief executive subsequently moved into the role of global head of sales and partnerships at a start-up, Airwallex, that quickly evolved into being Melbourne's first fintech unicorn.

On MyMy’s management team is its chairperson Tunku Ahmad Burhanuddin Tunku Adnan, a former executive director of CIMB Bank and currently a director of Bank Rakyat. The finance grandee has formed a committee of Shariah specialists to develop MyMy’s Islamic banking strategy.

“We have a Shariah advisory board that consists of industry experts from both academia and business that will guide us not only on structure, strategy and practices, but also on the product suite that we will eventually roll out,” Tunku Ahmad Burhanuddin told Salaam Gateway.

Subject to receiving a digital banking licence, the virtual bank will initially offer products that “suit the demographics of our customers and partners”, and eventually comprise a full suite of Shariah-compliant products.

“The roll-out will be staggered, though we envisage this will be done fairly quickly in the initial stages,” he added.

Little else has been revealed about MyMy’s Shariah approach, and the start-up is wary about disclosing too many details before the central bank has examined its licence application.

“Until we get our licences, Bank Negara is really averse of us talking about what our products are going to look like,” said McGuire. “But it’s an incredible opportunity for us to do something different.”

Shariah-compliant products should not just be developed like conventional ones with Islamic labelling, he said.

“Instead, they should be built from the ground up, with ethics at their core. Every product of ours will come from an ethical standpoint. Our committee is really focused on making that happen.”

Malaysia was a natural choice to be headquarters for MyMy, decided McGuire while scoping out locations for the start-up. Having first been attracted by Southeast Asia’s vast unbanked population, he zoned in on Malaysia’s relatively advanced ecosystem.

Compared to Indonesia, where an estimated 64% of the population are unbanked and just 11% of e-money app users do so regularly, the proportion of Malaysians who are unbanked stands in single figures. Moreover, its consumers tend to use either cash or the scores of e-wallets that are in common usage to make transactions. McGuire believed it had the core traits required to domicile a virtual bank.

“Malaysia seemed like the most central and advanced market where the lowest change of customer behaviour was required [to switch to digital banking], and it would also be a great stepping stone out and around the region,” he said.

“I think at that time, 92% of Malaysians were banked already, but less than 10% of transactions were digital. You're telling me that there's 1.4 debit cards per person in this country but no one is using them? When we looked into it deeper, we saw this big gap in terms of what people received from the bank and the services they wanted.”

Even so, for a start-up with some well-regarded names behind it and lofty ambitions, MyMy has not been overwhelmed by the queue of investors. This is why the millions from Koperasi Tentera are so important for the start-up’s image and operations.

After six decades, the co-operative has built a strong reputation for its judicious investments and paying out strong dividends, and MyMy marks its first move into technology investment. It took over a year of twice-weekly meetings and two independent reviews of MyMy for the deal to finally come to fruition, said McGuire.

“I'd say these guys are the most diligent people that I’ve worked with; they took their time. After all of the probing and reviews, I can say they believe we're genuinely one of the true technology players in the market.”

In addition to bolstering the start-up’s bank balance and giving it the regulatory capital it needs to apply for an e-money licence, MyMy has also become a strategic fintech partner to Koperasi Tentera, which has a membership of some 160,000.

The start-up’s presence will enable the co-operative to make dividend payments electronically and provide digital accounts and e-wallets for its members. Koperasi Tentera is also considering offering multi-currency solutions for those who travel outside Malaysia.

“We plan to introduce a number of new digital financial services to our members and their families over the next 12 months,” said its chief executive, Ahmad Zahudi Salleh, on completing the investment.

Though still a long way from becoming the world’s first digital Islamic bank, MyMy hopes to be operating at an e-money level in at least two other jurisdictions by early next year, approvals permitting. It can deploy its technology into other markets in under 12 weeks, McGuire claims.

“There's no hard and fast rules about setting up a bank. You either get a really experienced team, go to the regulator and get your license, then work out what you’re going to do next. Or you get some minimum regulatory approvals in place and offer some basic products to the market. We’re very much with the latter,” he said.

“Once we've done that for a period of time and we're confident we know what we want to achieve and deliver to consumers to add value, then we hope to get our digital banking license approved and become the first Islamic online bank. That’s our ambition.” 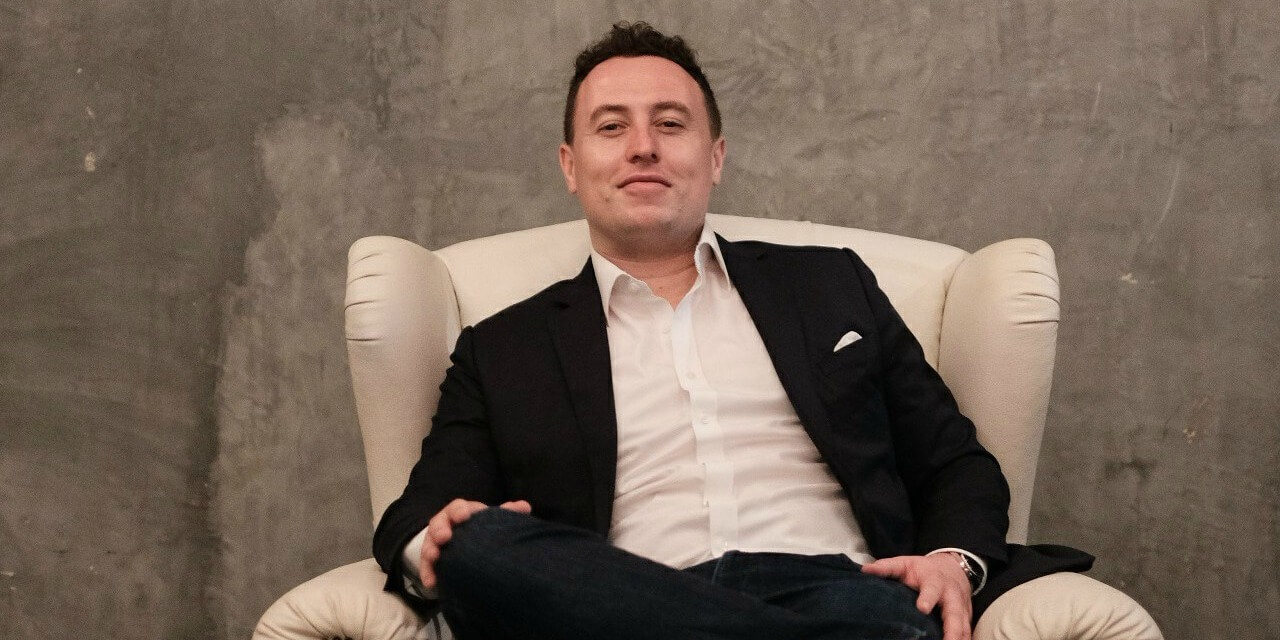