Photo for illustrative purposes only. Skyline of the central business district of Jakarta, Indonesia, on March 12, 2018.

This Q&A is with Dwi Irianti Hadiningdyah, Director of Islamic Finance, Ministry of Finance, Indonesia. It is part of Salaam Gateway’s International Women's Day 2020 series that is co-designed and curated by Nyra Mahmood, MD of UK-based Simply Sharia Human Capital (SSHC LTD), the publishers of the 2016 report "Women in Islamic Finance & Islamic Economy”.

The Indonesia government was very late to issue sukuk, only starting six years after neighbour Malaysia sold its first global sovereign paper. Dwi Irianti Hadiningdyah is a leader and an active contributor to the development of Indonesia’s sukuk market since the country first started drafting its sukuk bill in 2005. Fresh from earning a Masters in Economics from the University of Delaware, Dwi Irianti was appointed by Sri Mulyani Indrawati, during her first stint as finance minister, to lead the drafting of the bill to be signed by parliament. The whole process culminated in parliament passing the bill on May 7, 2008.

Indonesia went on to issue its first sovereign sukuk in August 2008, and continues to regularly sell sukuk both at home and in the international market. In the domestic market, the government issues non-tradable sukuk twice a month at around 7-8 trillion rupiah each, tradable retail sukuk, and savings sukuk twice a year amounting to around 2-3 trillion rupiah each. Domestic sukuk are now competitive, going for around 5.66% profit rate versus 5.68% for 5-year conventional bonds.

Dwi Irianti has become a central figure in Indonesia’s Islamic capital market, especially for sukuk matters. She leads as Director of Islamic finance at the Directorate General of Budget Financing and Risk Management at the Ministry of Finance, and she is also the head of Sukuk Negara Issuing Company, the special purpose vehicle (SPV) responsible for the issuing of the sovereign’s global sukuk.

She believes in encouraging Indonesia’s women to become active investors of the state’s sukuk, especially in domestic retail issues. In the last five years, there have been more women than men investors in Indonesia’s retail sukuk, ranging from 57.17% of 28,018 investors in 2015, to 55.46% of 79,143 investors in 2019.

The Q&A has been edited for language and brevity.

Salaam Gateway: What are your ongoing initiatives to attract more investors for sovereign sukuk?

Dwi Irianti Hadiningdyah: As the issuer of state Shariah bonds both for institutional investors and individual investors, we keep up communications each week with them. For the global market, we work with joint lead managers (usually four to five banks) to conduct market sounding and meet potential strategic investors.

We update them with Indonesia’s most recent conditions in terms of economics, social and politics. Since April 2009, we regularly issue sovereign U.S. dollar sukuk once a year. And since 2018, we also include green sukuk to global investors. We have been the biggest issuer for global sukuk in the last four years, topping KSA, UAE and Malaysia.

Although we aren’t the first global sukuk issuer in the market, Malaysia, and even Germany issued global sukuk in 2004 (Editor: The German state of Saxony-Anhalt issued a 100 million euro sukuk in 2004), but we lead in terms of aqad structure and product innovation. For example, we have more soft tenor (5-10 years maturity) products compared to Malaysia. We also have clearer aqad structure, ijarah assets to be leased, which are considered as more Syar’i compared to Malaysia’s bay al-inah aqad. For Middle East investors, our aqad structure is more favorable. The interesting fact is our investors don’t only came from the Middle East and Malaysia (33%), but also from the European Union (33%) and Asia (33%).

And for the domestic market?

We also have institutional investors such as BPKH (the national hajj funds management agency), BPJS (national insurance and social security agency) as our private placement partners.

We are preparing two new products for the domestic market this year: Green Shariah Bond Retail that will be issued in August and October 2020, as well as retail cash waqaf linked sukuk (CWLS) in Ramadhan this year.

We launched the green sovereign U.S. dollar sukuk for the global market (in 2018), and we think the domestic market should also have green investment products.

Also, we recently issued 50 billion rupiah ($3 million) CWLS in cooperation with the National Waqaf Agency, (Islamic clerical body) Majelis Ulama Indonesia and other Shariah financial institutions. So we want to lunch the retail version of CWLS. It aims to facilitate cash waqaf managers so that they can place their funds in investment instruments that meet waqaf requirements, such as the value shouldn’t depreciate. This CWLS can also add more financing space to the state budget.

Regarding women’s roles in financial inclusion, what are your ongoing initiatives that directly target women?

We have several ongoing programs to attract more women communities.

In September last year, we held the InFest conference at the Islamic state university UIN Mataram that was attended by more than 500 participants, mostly young women entrepreneurs and SME businesswomen, such as modest designer Anunk Aqeela. We also worked in collaboration with influencers such as Youtuber Atta Halilintar.

We try to influence as many women communities to become more active in the state’s Shariah bond market. For example, socialite women communities, high-profile religious activities members, housewives that accompany their children to school, women involved in family welfare programs in remote areas, and members of the Indonesian Association of Islamic Economists (IAEI), which has the  finance minister herself as the chairperson. We believe it’s important for us to maintain relationships with them, since they can extend our communications.

In the internal team of the Finance Minister, the women directors have a group called “Golden Girls” that invites the people who work under them to actively invest in state Shariah bond products.

The Finance Minister herself always prioritizes positions for women at the director management level.

In short, I always take every opportunity to campaign for investments for the retail state Shariah bond, especially during special events such as Kartini Day (a national holiday as a symbol of women empowerment), we invite the “kebaya community” (Editor: Kebaya is a traditional, cultural outfit for women. The “Indonesia Berkebaya” movement aims to encourage especially younger women to embrace their culture and traditions) to promote sukuk investment.

Have you found these initiatives to be effective?

In my opinion, these initiatives are quite effective. We can see, in the last five years, that the number of women investors for retail Shariah bonds and retail Shariah savings bonds are higher than men investors. It means women have a bigger role in family financial management. Women have mandate and are trusted to manage the family’s financial and investment portfolios.

How do investors react to green investment products?

Most of them welcome the idea.

In 2019, I was a speaker at an OECD side event in Paris. I shared Indonesia’s experience in developing the green sukuk product, since we are among the first green sukuk issuers in the world. I said that, with regards climate change, it shouldn’t be only the government that hast to act, but also civil society can give contribute. One of the many ways is by investing in retail green sukuk investment products.

Are you planning to issue a global sukuk in the second quarter of 2020?

Actually, the timeline for global sukuk issuance is the third quarter of each year, like the one in 2017.

But since the condition of the market is getting more dynamic each year, we usually start earlier. We call it pre-funding (last quarter of previous year).

This year, since we didn’t prefer the pre-funding scheme, the timeline for global sukuk will likely either be in the second or third quarter. It will depend on financing needs for the state budget, and market conditions. Basically we have already prepared everything (global sukuk issuance), we just need to wait for better windows to enter the market. 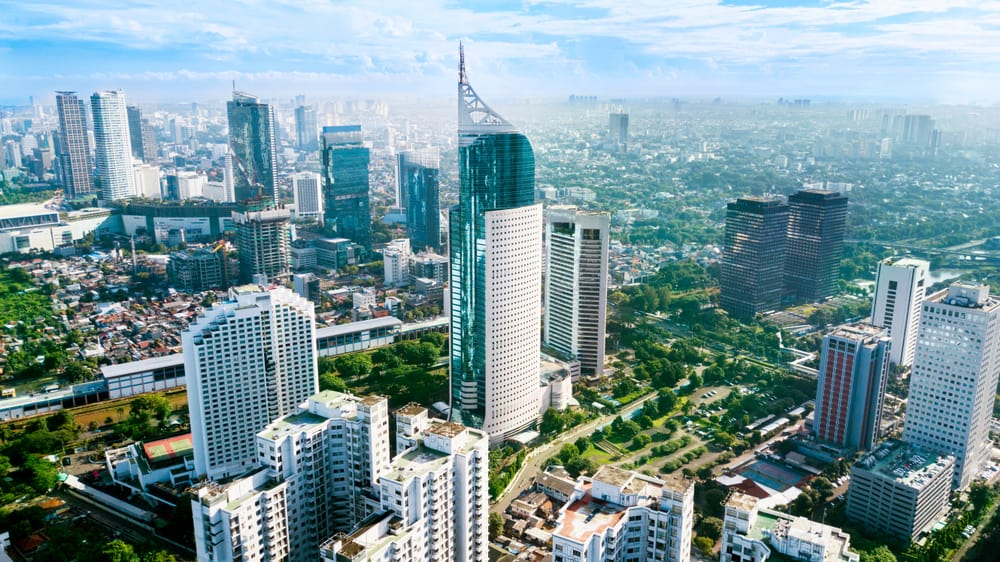