Indonesia can generate an additional $3.6 billion per year in halal exports, according to the 2021-2022 Indonesia Halal Market Report, published by Indonesia Halal Lifestyle Center and Dinar Standard.

Indonesia is the ninth-largest exporter to the Organization of Islamic Cooperation (OIC) countries, producing $8.6 billion in halal products annually. But this represents just 3% of global halal product exports to OIC countries, far less than the leading exporter, China, which exported over $25 billion in 2020. Indonesia can capture a much larger proportion of this trade opportunity, Nirwandar argued.

“Indonesia leads the global halal industry space as a consumer, not a producer. In halal food categories, the largest exporters are Brazil with $16.2 billion, followed by India with $14.4 billion. In this report, we have identified opportunity and room for us to improve in order to be able to lead the global competition. This report can also be a reference for Indonesia’s stakeholders to make better policy and business plans,” Nirwandar said.

Rafiuddin Shikoh, CEO and managing director of Dinar Standard broke down Indonesia’s potential $3.6 billion halal economy exports with $1.95 billion going toward the OIC market and $1.63 billion toward non-OIC markets with sizeable Muslim populations. The focus should be on producing processed food products, especially meat based products, animal feed and women’s clothing, as well as pharmaceuticals and cosmetics, Shikoh added.

He said this can be achieved through two pillars. First, drive global differentiation to capture and drive exports. Secondly, drive domestic production and this should be import substitution enhancing domestic capabilities, job creation and attracting FDI. These two main pillars can be supported by three other pillars: government commitment, production capabilities and an operation support ecosystem.

“Today because of the Covid-19 impact, there is tremendous disruption in the global supply chain. It creates opportunities for Indonesia to go beyond and expand its current 3% share of the halal product trade,” Shikoh said. “Indonesia has strong domestic production and leading companies include Indofood, Mayora, Garuda Food, and Kimia Farma. These companies should be engaged more within the ecosystem because it is in their revenue generating interest to look at benefiting from this opportunity.”

Rafiuddin added that even with disruption within supply chain, both domestically and globally, Indonesia can add $5.1 billion to its GDP annually through a combination of $3.6 billion in additional exports to OIC and non OIC member countries, $1 billion from substituting foreign imports and $.05 billion from FDI collectively.

The Indonesia Halal Market Report includes 17 comprehensive strategic priorities for Indonesia stakeholders to ensure that the country's halal economy opportunity can be fully realized, Shikoh explained. These include targeting high-value OIC and non-OIC countries with large Muslim populations and prioritized halal product segments. Of the $8.6 billion halal products exported by Indonesia to the top halal consumer markets in 2020, about 74% of exports were animal or vegetable fats and oils, accounting for $6 billion exports, with palm oil covering more than 80% of the category.

But other products also make an important contribution to the export earnings. These include natural resources such as processed food and beverages, forestry products, coffee, tea, palm products and fish. Exports of other fashion products– such as apparel, footwear, pharmaceuticals and cosmetics– cover about 7.5% of total exports to halal consumer markets.

The report also recommends Indonesia facilitate exports by creating regulations that would attract investment to halal sectors and develop halal industrial hubs that will position Indonesia as a leader in the halal economy. There are currently a limited number of market players which could participate globally, with a notable gap in the research and development space and the manufacturing of halal-suitable ingredients. Closer cooperation is also needed between halal certification institutions, producers, scholars, researchers, and the government to efficiently meet consumer demands.

Production competitiveness must also be increased through adopting high-tech for the production and sourcing of cheaper raw materials of higher quality, the report said. With a rich profile of natural resources, Indonesia is the largest global supplier of animal or vegetable fats and oil to the OIC countries, exporting 33% of the global exports to OIC. But in regard to the other prioritized export categories, other countries lead the export market to the OIC. Indonesia has to assess these export markets and ascertain their competitive edge in the halal trade market. This will help Indonesia identify the gaps in its trade and production capabilities. 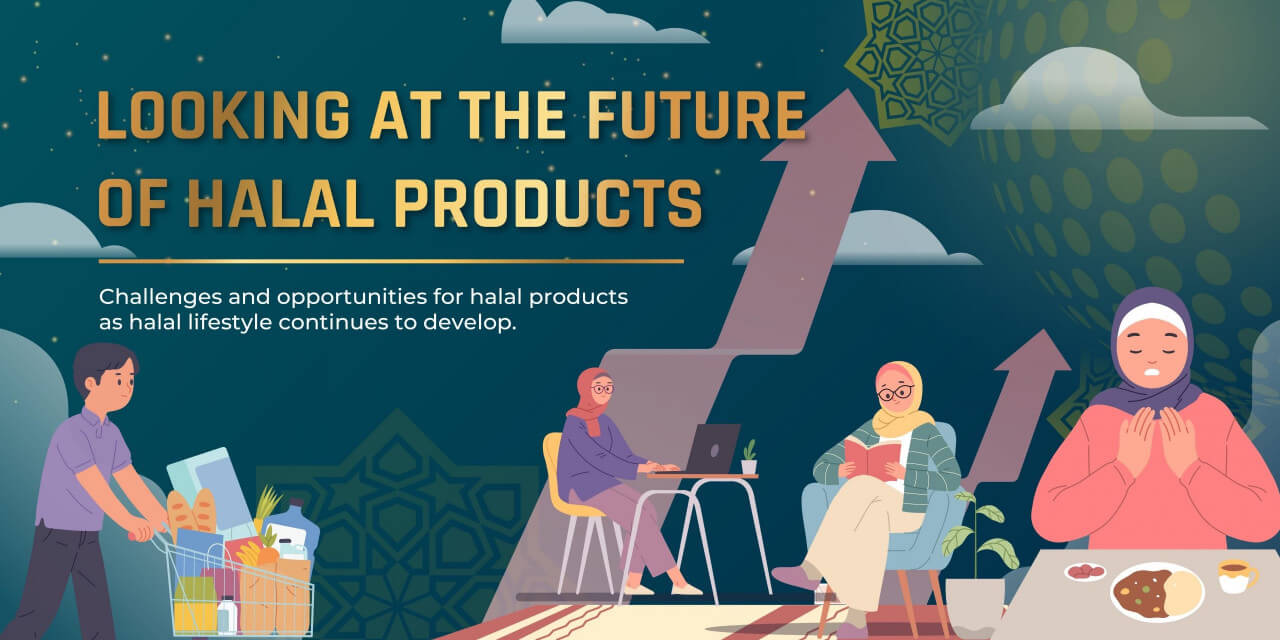 Report: Indonesia can boost halal economy exports by $3.6 billion
Indonesia can generate an additional $3.6 billion per year in halal exports, according to the 2021-2022 Indonesia Halal Market Report..
https://salaamgateway.com/story/report-indonesia-can-boost-halal-economy-exports-by-36-billion