Photo for illustrative purposes only. Travellers wearing masks at the Kuala Lumpur International Airport in the midst of the COVID-19 outbreak, on February 8, 2020. Naufal Zaquan/Shutterstock

The announcement by Saudi Arabia today not to allow visitors performing umrah into the country has led to confusion among pilgrimage travel operators who worry their customers may be sent straight back.

Saudi’s Ministry of Foreign Affairs issued a public statement over Twitter today outlining the new measures it is taking to prevent COVID-19 reaching the country.

The precautions include suspending entry of all nationals arriving to perform umrah, a ban on arrivals from certain countries and restrictions on travel within the Gulf. The measures, it said, will be temporary and are effective immediately.

One Kuala Lumpur umrah agent was still trying to ascertain details of the new regulations when Salaam Gateway approached him at lunchtime.

“We are still trying to understand what these guidelines mean for us and we are waiting to hear back from the Saudi embassy,” said Norazlan bin Mohd Yusof, director of Ascentlink.

Given the short notice of the official announcement, his greatest concern was if passengers on a flight scheduled for Jeddah this afternoon would be allowed to disembark the aircraft.

“We are very grateful that we managed to send off our last group yesterday. There are flights to Saudi all day.”

When contacted shortly afterwards, Malaysia Airlines said it was preparing a statement on the matter. A customer service staff member told Salaam Gateway all umrah flights to Saudi remained on schedule and she had been given no new advice for passengers.

Lion Air, which runs 4-5 daily umrah charters from 12 Indonesian cities, confirmed this afternoon it would continue its services until further notice.

The airline said it has been coordinating with Saudi aviation authorities and is gathering more details about the new policy.

In addition to a complete stop in umrah travel from all countries, Saudi has banned visitors from arriving with tourist visas from “countries in which the spread of COVID-19 is a danger”, as defined by local health authorities.

Whatever the details of the latest Saudi policy, there is little more harm it can do to Malaysian umrah agents that have already been pounded by fears over COVID-19 since the World Health Organisation declared it a public health emergency at the end of January.

Though Malaysia has seen only 22 cases of the disease out of more than 81,000 globally, with just two viral transfers inside the country, there is widespread caution among the public.

Malls and public spaces have been noticeably quieter and the use of face masks is becoming widespread. It appears also that these fears have been spreading to overseas travel.

Norazlan estimates his business has seen an 80% plunge in revenue on the back of COVID-19 fears, while others in a WhatsApp group shared by umrah agents have reported figures as high as 95%.

Nonetheless, he accepts Saudi’s need for restrictions “for the greater good, even though it will be affecting my business even more.”

Umrah package major Andalusia Travel & Tours was also waiting for guidance from the Saudi Embassy when contacted by Salaam Gateway.

Sales representative Norazilah binti Ahmad Fadzilah said its overall business had dropped by 40% since the COVID-19 outbreak began, through Europe and Vietnam continue to be popular destinations.

As more details emerge about Saudi restrictions, there is astonishment among travel industry figures over the approach the country’s authorities have taken.

“I was surprised to see a blanket ban, rather than only a ban on countries with a high level of coronavirus infection,” Fazal Bahardeen, chief executive of halal travel intelligence service CrescentRating, which own the Halal Trip online travel agency.

“It just doesn’t make a lot of sense. I could understand if they were stopping flights from China, Japan or Korea, but I don’t think that’s going to stop many people from going on umrah from there.”

A better move would be to filter out travellers who had recently been to other countries with a large number of virus cases.

“A blanket stoppage looks very strange and it has caught people by surprise,” he added.

Incidentally, the day before the Saudi announcement, the World Tourism Organisation of the United Nations issued a joint-statement with the World Health Organisation urging countries to take a “measured and consistent” response to COVID-19.

“Travel restrictions going beyond these may cause unnecessary interference with international traffic, including negative repercussions on the tourism sector,” it said. 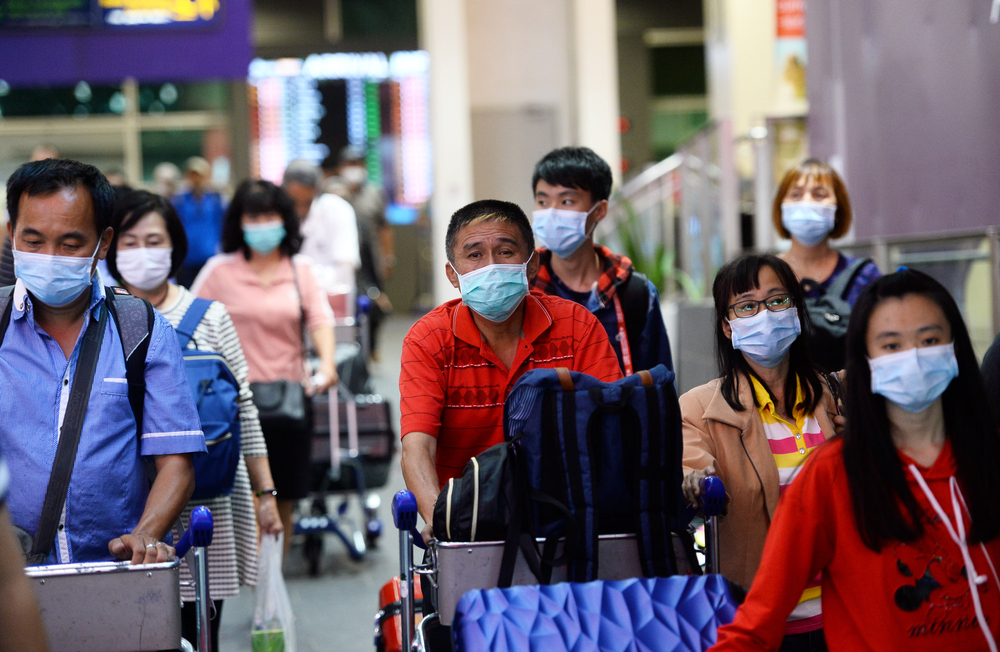 Saudi travel ban means more lost revenue for Malaysia umrah agents hit by COVID-19 fears
The announcement by Saudi Arabia today not to allow visitors performing umrah into the country has led to confusion among pilgrimage travel operators who worry their customers may be sent straight..
https://salaamgateway.com/story/saudi-travel-ban-means-more-lost-revenue-for-malaysia-umrah-agents-hit-by-covid-19-fears