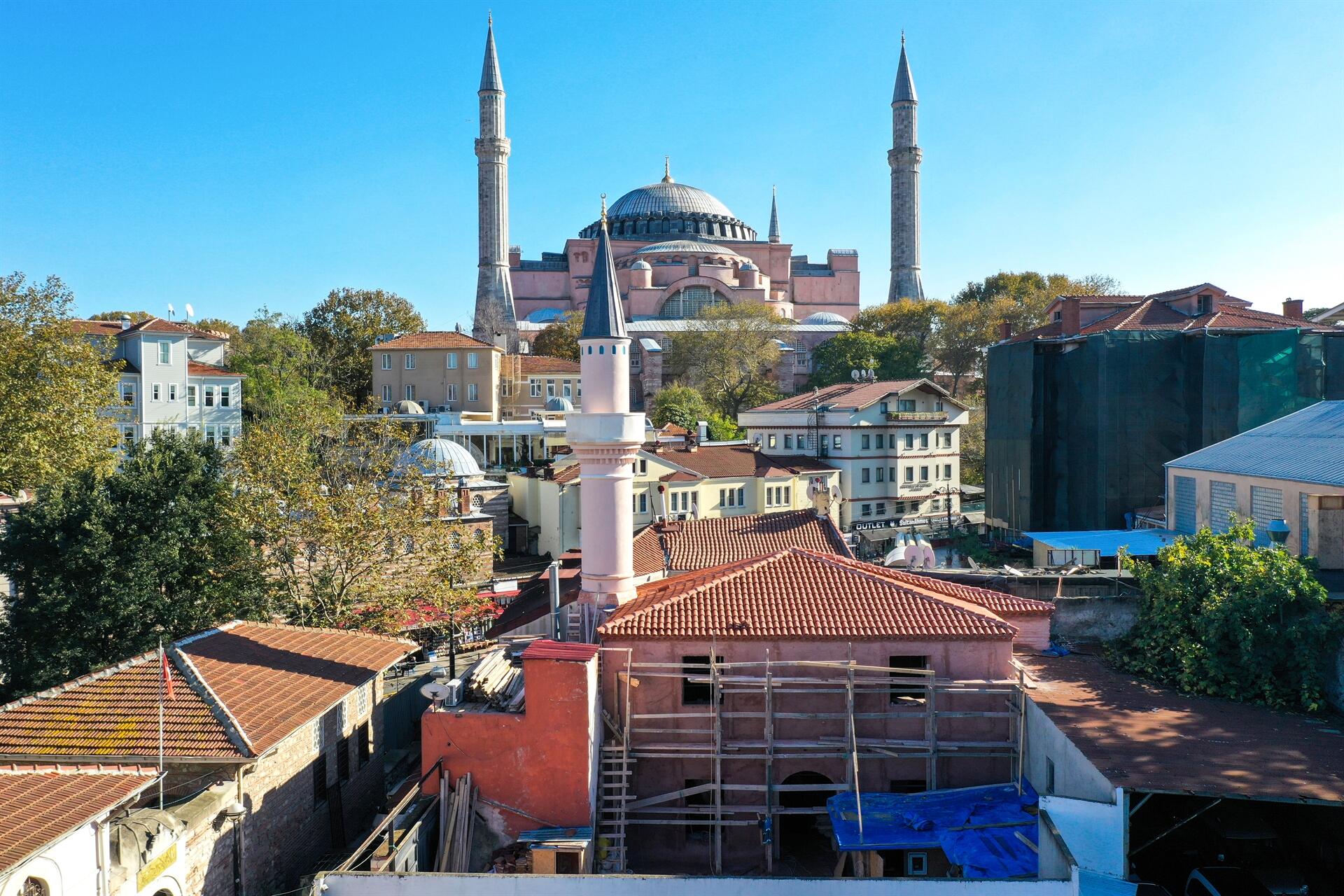 Published 21 Nov,2020 via Hürriyet Daily News - A 1,600-year-old site, which served as a synagogue, church and a mosque after the Ottoman conquest of Istanbul, is undergoing restoration and will be opened once it returns to its former glory.

Lala Hayrettin Bey Mosque, which is believed to have been built in 400 AD and is considered one of the oldest places of worship in Istanbul, is planned to be opened to worship in 2021 after restoration works.

The marvel, which was built as a synagogue by a Jewish shopkeeper who was a coppersmith with the permission of a Roman emperor, remained idle for a while after it was attacked by Christian residents of the city at the time.

Explaining the historical features of the building, Erhan Sarışın, the chairman of the Istanbul Environment, Culture and Historical Artifacts Protection Association (İSTED), said that the temple was converted into a church by the Byzantines between 400 and 450 years.

Sarışın noted that with the arrival of sacred relics of the Virgin Mary and the construction of two more churches near the site, it was turned into a temple complex and it hosted Christian pilgrims from time to time.

“After Hagia Sophia was damaged in a great rebellion in 532, the patriarchate moved to this church. This place has served as the center of [Orthodox] Christians for five years,” he said.

Explaining that the church had survived until the 1200’s, but was greatly damaged by the Latin invasion, Sarışın stressed that the sacred relics in the church were taken to Rome with the invasion.

Sarışın said that the church also served as a center for Catholic Christians for a period.

Saying that the church building, which was in ruins, was converted into a mosque by Lala Hayrettin Pasha in the 1480s, he emphasized that the mosque is an significant historical feature due to the presence of the most important manuscripts of the Quran.

Explaining that the temple was closed following the law enacted in 1935 regarding the closure of unneeded mosques and the minaret and roof tiles were sold by the administration of the period in 1937, the academic noted that the mosque was in ruins until today.

“When we found this place in 2018, there were 10 trucks of garbage in it,” he said, pointing out that after the contributions of a generous businessperson and one year of cleaning, project and restoration works, it has reached its final shape.

“There is a tomb belonging to the priests of the period in a tunnel leading to the floor of the temple. It goes down here by stairs. Unfortunately, these graves were also destroyed by treasure hunters for a while by illegal excavations,” Sarışın noted.

Lala Hayrettin Mosque, whose restoration continues, is planned to be opened to worship in 2021.

Temple in Turkey once sacred to three religions to be opened to worship after restoration
Photo via H&uuml..
https://salaamgateway.com/story/temple-in-turkey-once-sacred-to-three-religions-to-be-opened-to-worship-after-restoration