The UAE now accounts for 12.3% of global dates exports, making the country the third-largest exporter of dates after Tunisia and Saudi Arabia (Heba Hashem).

The UAE exported $235 million worth of dates in 2020, with the fruit accounting for around 60% of the country’s agricultural produce.

Sharjah: Date production is booming in the UAE as government initiatives start to trickle down into profits for farmers.

The Al Dhaid Date Festival that took place in the UAE’s emirate of Sharjah in late July is the latest example of the support the government is giving to the food sector. The annual event brought together thousands of farmers, manufacturers, and distributors of agricultural equipment to facilitate deals and exchange of expertise.

“The government does not take fees from us whether for participation in public markets or in festivals,” Ibrahim Shakkah, a Sharjah-based date farmer who participated in the festival, told Salaam Gateway. “Some exhibitions charge us, but they are nominal fees, and this greatly supports us and allows us to showcase our products and compete in the market,” he said.

Shakkah supplies the local market but is working towards becoming a regional supplier. “This is my third time participating in the festival and it has helped me gain many customers; I now sell around 600 kilogrammes of dates per month,” he said. 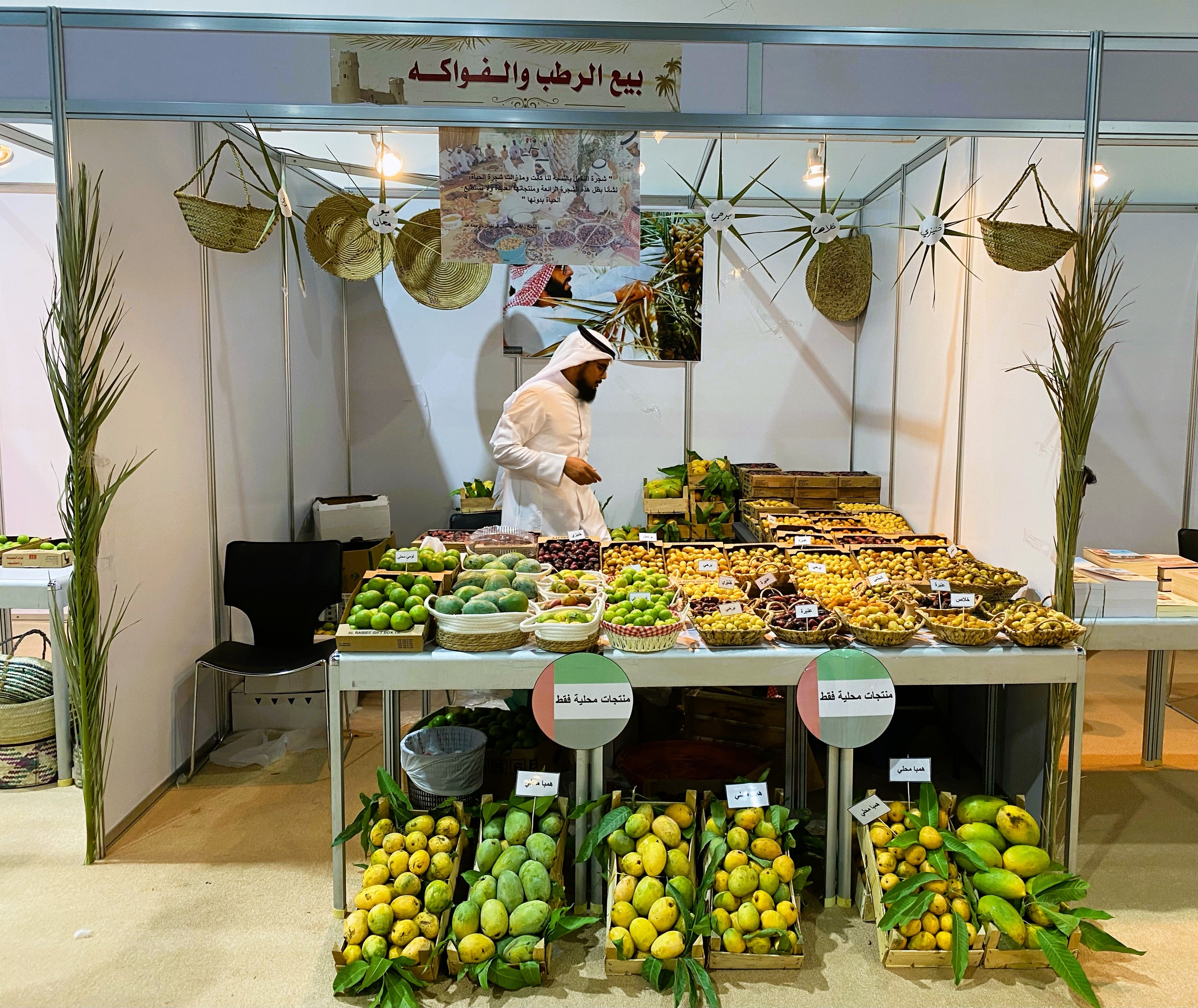 More than 30,000 people visited the sixth edition of Al Dhaid Date Festival, which coincided with the UAE’s date harvesting season that peaks in August and September. The event included competitions for date farmers and awarded cash prizes totalling $272,000 to 145 winners. Some of the most sought after dates among the nearly 160 varieties grown in the country were on display and sold.

Abu Ahmed, a Sharjah-based date palm farmer who was participating for the first time, presented varieties such as the khalas, sukkari, khenaizi, fard, marzipan, sobo al-aroos, al-ambra, nagal, and gash rabie. “Everything was sold out because of its high quality. I sold more than five [metric] tonnes of dates last year and it was mostly through local marketing,” he said.

As much as two-thirds of the UAE’s agricultural land is dedicated to cultivating date palms, and the fruit makes up around 60% of the country’s agricultural produce, according to the Ministry of Climate Change and Environment. In 2019, the UAE produced 341,246 metric tonnes of dates from an estimated 40 million date palm trees across the country, data from the Federal Competitiveness and Statistics Centre showed. However, most of the date farms in the UAE are small family-run entities that were started about four decades ago as part of a social welfare programme designed to settle the Bedouin. Because of this, many of the date groves in the country are hobby farms and many farmers still grow dates in their backyards.

The government has already taken huge steps to commercialise date cultivation and help farmers increase their productivity and profitability. While Sharjah organises the Al Dhaid Date Festival and the three-month-long dates festival in Souq Al Jubail market, Abu Dhabi has been organising the Liwa Dates Festival for 18 years. The event recently concluded its latest edition, where prizes worth almost $2.2 million were given out to hundreds of winning farmers.

Abu Dhabi also organises the annual Khalifa International Award for Date Palm and Agricultural Innovation as well as the International Date Palm Conference and Abu Dhabi Date Palm Exhibition. This month, yet another annual event – the Liwa Ajman Dates and Honey Festival – will take place on the western coast of the country. 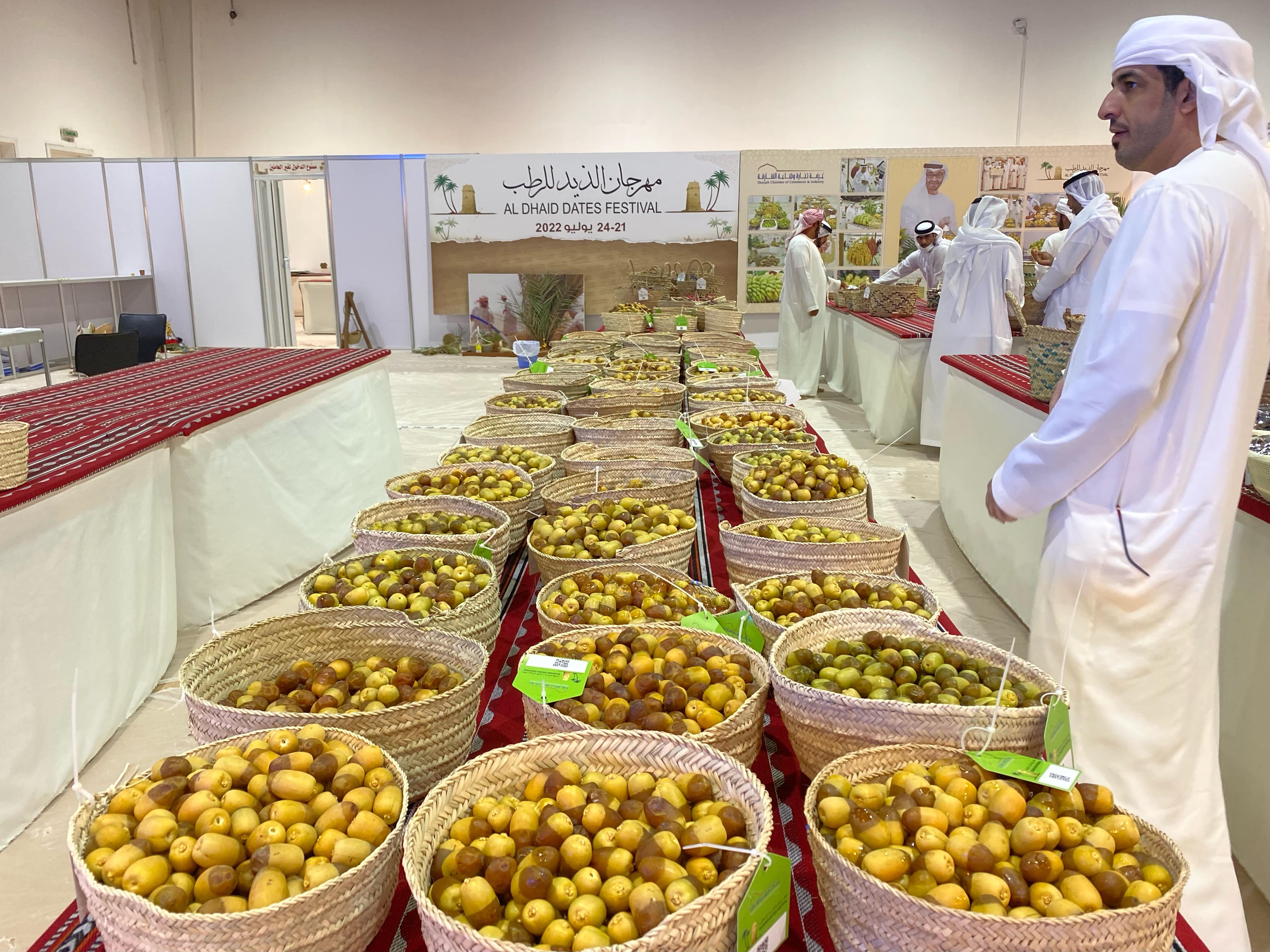 Exports on the rise

However, the most transformational move for date farmers was the establishment of Al Foah in 2005 by the Abu Dhabi government. Now the world's largest dates processing company, it buys products from local independent farmers and markets them domestically and abroad. The company – recently merged into the government-backed food giant Agthia – processes 110,000 metric tonnes of dates every year and exports 90% of this amount.

Last month, Al Foah launched an online marketplace called eZad that will enable farmers to sell off excess produce at home and abroad, helping them deal with their unsold produce and ensuring they get paid quickly. More than 1,200 buyers have signed up on the electronic platform, while over 450 local farmers have registered their interest.

As a result of these efforts, the value of the UAE’s dates exports has multiplied almost fivefold over the last decade, reaching $235 million in 2020 from $48.1 million in 2010, according to the Observatory of Economic Complexity (OEC), which collates international trade data. The UAE now accounts for 12.3% of global dates exports, making the country the third-largest exporter of dates after Tunisia (15.5%) and Saudi Arabia (13.2%). India – the largest importer of dates in the world – was the top importer from the UAE, receiving 33.2% of the country’s dates in 2020, followed by Bangladesh (16.5%) and Morocco (13.7%), OEC data showed.

While date farming in the UAE is a long-standing tradition that locals are proud of, the industry is gaining more importance given the role it plays in the pursuit of food security. As such, there is a growing focus on educating farmers on sustainable techniques that can improve the quality of their crops. At the same time, the UAE government continues to support local farmers, providing subsidies such as agricultural materials at half the price. But several constraints remain.

“One of the biggest challenges faced by farmers in the UAE are the high costs that they incur due to water resources being available in different amounts across the country,” Saeed Dalmouk Alkatbi, a member of the organizing committee at Al Dhaid Date Festival, told Salaam Gateway. “This is besides the problem of agricultural pests and the high cost of pesticides. These issues lead to a discrepancy in the quality and prices of dates from one region to the other within the UAE,” he said.

The government announced this year that it would address this problem by investing AED2.5 billion (almost $681,000) to extend additional water networks to agricultural farms for easy distribution of treated water. 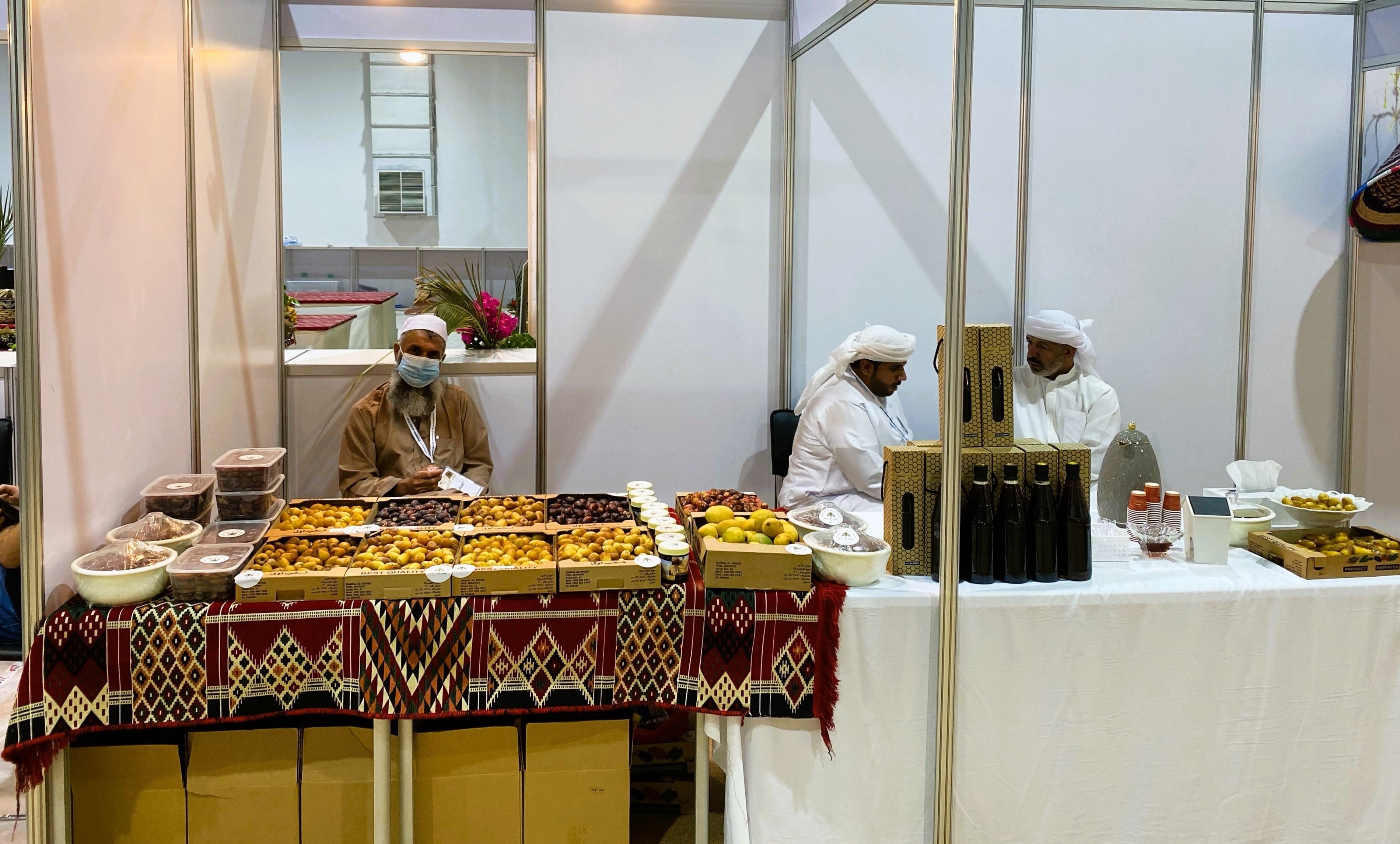 “We inherited palm cultivation from our fathers and grandfathers, and we learned many things from them about how to take care of the date palm,” said Abu Ahmed. “At first, we were using primitive methods for drying and storing dates, then we started adopting modern methods. We now use organic fertilisers to fertilise the palm and we try to combat pests from an early stage."

Alkatbi noted that the Al Dhaid Date Festival introduced farmers to several growing techniques that can increase crop yields, most importantly multiplication of seeds, vegetative propagation, and the use of tissue culture technique. The event also showed date farmers how to monitor the date palm periodically to avoid pests such as the red palm weevil. The highly destructive insect is so prevalent that the UAE is investing $1 million to develop genetic methods to control it.

“It’s no secret that there are big challenges in this field, as there are diseases which can strike the palms and negatively affect their production. We manage these problems through pesticides or primary prevention of infection,” said Shakkah. “At the end of the day, the date palm tree is like a child; when you care for it and nurture it, it will give you good yields."

UAE dates exports jump fivefold in last decade as government continues to support farmers
The UAE exported $235 million worth of dates in 2020, with the fruit accounting for around 60% of the country’s agricultural produce.   Sharjah: Da..
https://salaamgateway.com/story/uae-dates-exports-jump-fivefold-in-last-decade-as-government-continues-to-support-farmers