Will German courts side with ‘neutrality’ or religious freedom after ECJ allows hijab ban in the workplace?

The European Court of Justice (ECJ) judgement in mid-July siding with two German employers who suspended their Muslim employees for wearing the hijab at the workplace has moved the issue of “neutrality” into the spotlight.

One of the employers, children’s daycare centre WABE, told Salaam Gateway that ensuring neutrality is particularly mandatory for its educational staff to protect the diversity in its 25 centres across Germany. WABE is a well-known name that received the German Daycare Prize in 2020 for pioneering pedagogical concepts.

“Whether Montessori or Waldorf, Christian or Muslim, or even our concept of ideological, religious and political neutrality, parents should be able to choose between different daycare concepts,” WABE’s executive board member Gabriele Gramann told Salaam Gateway.

According to Gramann, the neutrality concept applies to all of WABE’s locations — including the branch in Amman in Jordan that opened in 2018, which caters to about 90 children.

“There is nothing ‘neutral’ or positive about forcing a person of faith to have to choose between their job or their religious beliefs, which is what this unfortunate ECJ ruling does,” the Istanbul-headquartered company said in a statement.

The editor and co-author of the 2017 book “Mehr Kopf als Tuch - Muslimische Frauen am Wort” (“More head than scarf- Muslim women talk”) that reflects on how young Muslim women in Austria and Germany experience their environment, criticises that “countering social conflicts with prohibitions is the opposite of what should be done”.

“When contacting customers and working with children, there is an opportunity to learn and grow in society as a whole, as diverse differences become visible at all levels,” wrote Abu Zahara.

Similarly, Modanisa said, “At a time when Europe is facing a surge in anti-Semitism, Islamophobia and racism, the need for policies that generate mutual understanding and respect among seemingly disparate communities has never been greater.”

The July ruling modifies a much-debated 2017 judgment where the ECJ directed in two similar cases from France and Belgium that a general internal ban on political or religious symbols in the workplace doesn’t constitute direct discrimination.

Sara Ibrahim, a UK barrister specialising in employment and discrimination law, in her analysis of the latest ECJ decision noted that both employers had a clear policy that their employees were not to wear conspicuous signs of their political, philosophical, or religious beliefs.

The ECJ’s decision was that the clothing rule applied by WABE was not direct discrimination if it was applied in a general and undifferentiated way, Ibrahim wrote.

“In relation to the children’s care worker, great emphasis was placed on a factual finding below that another employee had also been asked to remove their cross, a sign of Christian faith,” wrote Ibrahim.

In the second case, the sales assistant refused to remove her hijab when requested by her employer who said it breached their policy on “conspicuous, large-sized signs” of religious belief, added Ibrahim.

“The court did make it clear that mere expression of a desire for neutrality would not be sufficient to objectively justify treatment that otherwise would be indirectly discriminatory. Any employer would need to go one step further and prove there was a genuine need for such neutrality,” Ibrahim concluded.

The mid-July ECJ ruling on the side of “neutrality” came after the passing of a new law in May in Germany that regulates the appearance of civil servants and soldiers in regards to tattoos, piercings, beards and the wearing of religious symbols under certain conditions.

It was created because of the trial against a police officer who had lost the status and privileges of a civil servant over his right-wing extremist tattoos.

According to the new decree, appearances with religious or ideological connotations can be restricted or prohibited “if they are objectively capable of impairing trust in the civil servant's neutral conduct of office”.

A similar law was passed on July 23 in France, that the government of President Emmanuel Macron argued was needed to bolster the country’s secular system but which critics say breaches religious freedom.

In Germany, Birgül Karaarslan from the Association of Muslim Teachers expressed concerns about the Federal Republic’s new law as school teachers are typically employed as civil servants.

“This law doesn’t generally give Muslim women with headscarves a feeling of security in their professional work,” she said at a teacher’s information seminar.

The final ruling on the two cases is now up to the German courts.

According to the Federal Labour Court press office, the case against the drugstore chain Müller will be continued in December 2021 at the earliest or in the first quarter of 2022.

WABE told Salaam Gateway no new date has been set for their case yet.

The judges will have to decide whether they operate within the ECJ’S margin of discretion granted to EU Member States and take into account the “national provisions protecting freedom of thought, belief and religion, as a value to which modern democratic societies have attached great importance for many years”. 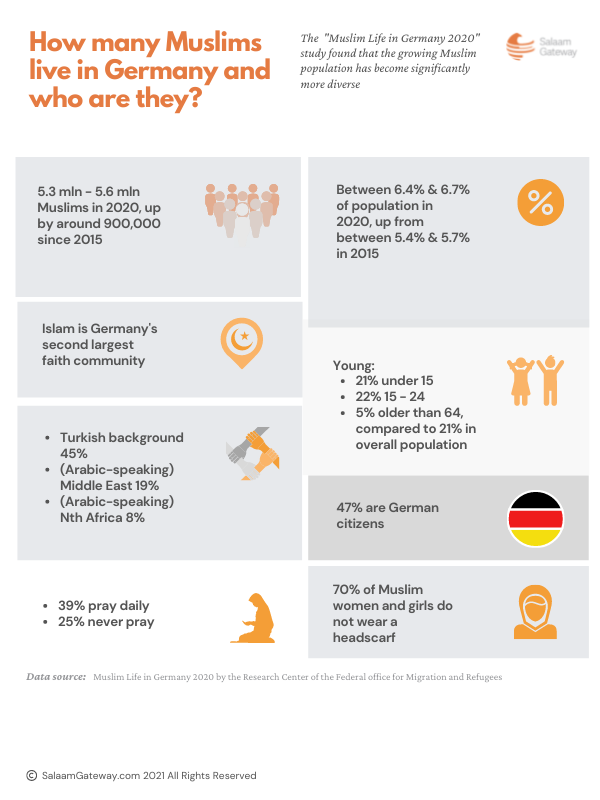 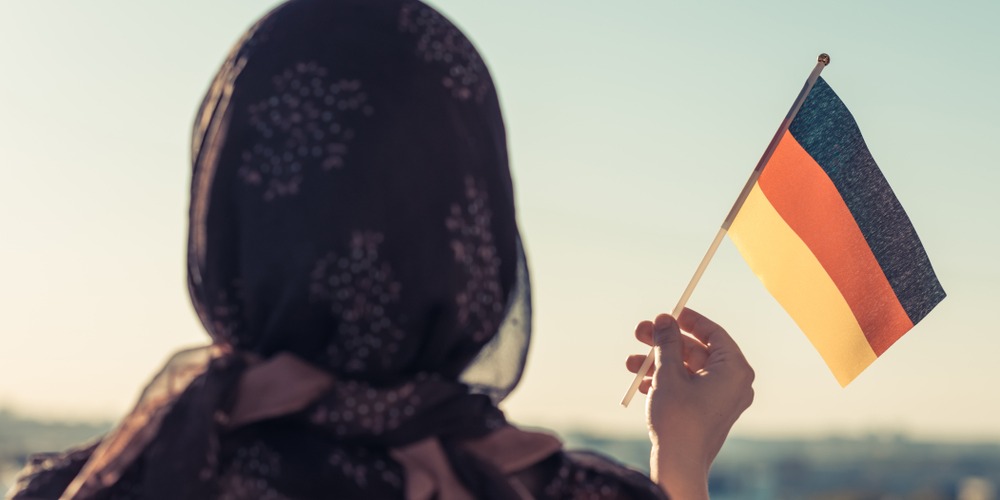 Will German courts side with ‘neutrality’ or religious freedom after ECJ allows hijab ban in the workplace?
The European Court of Justice (ECJ) judgement in mid-July siding with two German employers who suspended their Muslim employees for wearing the hijab at the workplace has moved the issue of “..
https://salaamgateway.com/story/will-german-courts-side-with-neutrality-or-religious-freedom-after-ecj-allows-hijab-ban-in-the-workp