Over the past decade all pillars of the Islamic economy have grown exponentially (Shutterstock).

10 years on: What’s next for the global Islamic economy?

I recall the day vividly. It was December 2012 and I had been recently handed the responsibility to look after the Thomson Reuters global Islamic Finance and Capital Markets business stretching across four continents and deliver a profitable proposition for the group.

I had stumbled across a local newspaper article that spurred my excitement – Dubai led by H.H. Sheikh Mohammed Bin Rashid Al Maktoum, the Vice President and Prime Minister of the UAE (United Arab Emirates) and Ruler of Dubai, announced his intention for the country to become the global capital of the Islamic economy.

Based in Dubai at the time with teams in Dubai, Bahrain and Malaysia, we were waiting until the country made a concerted play for Islamic finance, given its natural economic strength to support the concept.

I told our managing director Russell Haworth I would galvanise our brains’ trust and pitch our capabilities to Al Maktoum. Our unique placement in the heart of Islamic finance could transform their positioning in global Islamic finance. Following his green light, I contacted my then thought leader partner in the halal lifestyle space, Rafi-uddin Shikoh at Dinar Standard.

The Islamic economy was a theoretical construct about which Islamic scholars had written in the 1960s, yet no one had specifically defined it with numbers or sectors. The only tangible context was the World Islamic Economic Forum (WIEF) that Malaysia had vigorously administered since Tun Abdulla Badawi’s spirited action to lead the Islamic economy.

As a trail-blazing Emirate, Dubai’s ambitious vision put a fresh twist to the scattered initiatives to provide a unique, modern and transformative sense of vigour. The rest was history.

We launched an industry defining report; identified trailblazers across multiple sectors and launched detailed indices that enabled countries to benchmark while developing the Islamic economy.

At the end of this year, it will be a decade since that defining moment and what did it achieve? What is in store for the Islamic economy? These were questions raised during the Islamic economy panel discussion organised by Crescent Rating for its Halal in Travel Summit from 1-3 June 2022.

My perspective was initially sceptical, but the fellow panellists convinced me that the prospects of this global movement were good – actually better than original estimates and bright prospects were developing across the board.

Rafi-uddin Shikoh, who manages the State of the Global Islamic Economy Report and Indicator, stated there was intense energy and follow-on investment to monitor and improve their standing in the Islamic economy. This included Indonesia and Saudi Arabia in addition to Islamic economic heavyweights like Malaysia, Bahrain and the UAE.

Hidayat said President Joko Widodo’s leadership had mobilised Indonesia as he galvanised various key institutions under Vice President Maruf Amin and direct supervision of the Finance Minister Sri Mulya Indrawati. I felt the growing momentum for this space during the State of the Global Islamic Economy Report 2022 launch in Indonesia the week earlier.

Across the Indian Ocean, Rafi-uddin Shikoh noted the significant energy and momentum developing in Saudi Arabia around the Islamic economy issue would potentially play out in the next few years.

Finally, Kerim Ture offered profound reflections after his more than 10 years in this space as a global modest fashion brand. The company ships to 5 million customers in 126 countries nad has 300 million visits to the Modanisa’s platform annually.

He stated by 2030, approximately 900 million Muslims would be middle class and was bullish about the prospects for the halal lifestyle space. He was looking forward to becoming not just a platform for modest fashion, but for the whole halal goods and services spectrum including halal travel.

After this conversation, there is no doubt there is an institutional momentum towards the Islamic economy, led by the Muslim world’s two major economies Saudi Arabia and Indonesia. Yet, there is an often-whispered challenge in the corridors of Islamic economy conferences – the state of venture funding.

This is noticeably lacking, potentially because opportunities in the Muslim lifestyle market were not widely understood before the defining 2013 State of the Global Islamic Economy report was released. Now there are start-ups basing their business models on the Islamic economy and raising multi-million-dollar rounds from various investors including conventional venture capitalists.

These includes Durioo+, the Muslim-based streaming channel that has raised almost $2 million after graduating from Y-Combinator; Wahed Invest that raised multiple rounds to reach a valuation beyond $100 million and Launchgood that has become the global de facto crowdfunding platform for Muslim causes.

Perhaps the watershed moment for the global Islamic economy will be when an actual institutional venture fund is launched that focuses primarily on the Islamic economy sectors. Given what we have witnessed, it is likely to be initially Islamic fintech with its tangible traction across multiple markets and jurisdictions. 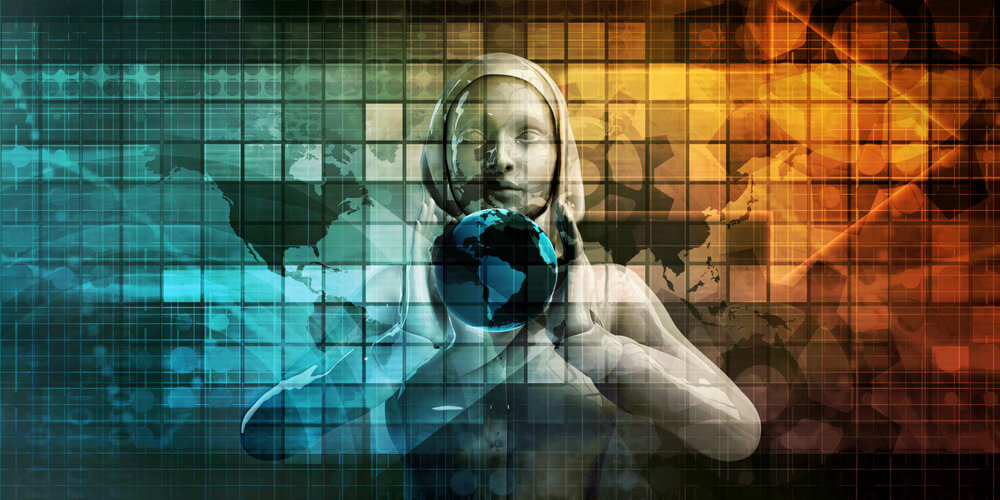 10 years on: What’s next for the global Islamic economy?
Dr Sayd Farook is a Board Member and Senior Partner for the global consulting firm Dinar Standard, which also manages Salaam Gateway and publishes the annual publication State of the Global Islami..
https://salaamgateway.com/story/10-years-on-whats-next-for-the-global-islamic-economy