The new standard, designed for meat and dairy products, will soon be expanded (Shutterstock).

New standard is a boon for the Netherlands’ million-plus Muslims, but halal meat exports may be hobbled.

Brussels: As controversy continues over the disconnect between the European Union’s (EU) animal livestock stunning rules and halal slaughtering requirements, the Netherlands’ official Muslim representative organisation has designed a new halal standard that aims to create a system that respects both religious rules and animal welfare needs. Its goal will be to enable slaughter without pre-stunning, although will authorise stunning 40 seconds after the killing knife stroke is administered to minimise suffering.

The standard has been developed by the Netherlands’ point of contact between the Muslim community, the government and industry – Contactorgaan Moslims en Overheld (CMO). Its national Dutch halal standard (Nederlandse Halal Standaard – NHS) aims to secure a consensus over what product can be halal certified. CMO president Muhsin Köktas said the NHS is also designed as a template for kosher slaughtering, serving the Netherlands’ Jewish community. The CMO is conducting an awareness campaign to publicise the planned standard, which Köktas said should hopefully be published in February, following feedback from interested parties.

Designed provisionally for meat and meat products, as well as milk and dairy products, “it will be expanded in future,” he said.

Köktas said that the NHS is based on an agreement (called a ‘covenant’) signed in 2009 on slaughter without stunning according to religious rites by the CMO, the government, the Dutch-Jewish Congregation (Nederlands-Israëlitisch Kerkgenootschap) and the Dutch Association of Slaughterhouses and Meat Processing Companies (Vereniging voor de Nederlandse Vleeswarenindustrie – VNV), which has allowed non-stunning slaughter in the Netherlands in principle, pending agreement of detailed guidance. The Standards and Metrology Institute for the Islamic Countries (SMIIC) was also involved in developing the standard, Köktas told Salaam Gateway.

One goal of the Dutch system is to attempt to achieve compliance with the EU’s 2009 regulation 1009/2009 on the protection of animals at the time of killing. This says stunning is necessary, “to induce a lack of consciousness and sensibility before, or at the same time as, the animals are killed”. Köktas said the standard complied with Dutch legislation as it was based on the freedom of religion, which is guaranteed under a multi-confessional national law and which “therefore…allows stunned slaughter for Jews and Muslims,” he added.

Formal signatures for the final text are still being sought said Köktas: “The VSV is already on board as it was a covenant partner, but the other covenant signees have not replied so far.”

He is confident that the standard will be published however, citing government-backed studies from Deloitte Consulting and Wageningen University & Research saying the agreement on slaughter without stunning is working well. The study, as reported on December 22 by the Dutch daily Reformatorisch Dagblad, says that compared to 2014, there has been an improvement in animal welfare of all kinds within Dutch slaughterhouses.

Carola Schouten, the then Dutch minister of agriculture, nature and food quality (she has since switched government jobs), welcomed the study in a December 20 letter to the Dutch parliament’s House of Representatives (the ‘Tweede Kamer’ – lower house of parliament) saying no more animals are slaughtered without anaesthesia than necessary.

Looking ahead, a ministry spokesperson told Salaam Gateway that as long as the standard met the current rules it should be accepted, explaining: “We leave all the responsibility in fulfilling such requirements to the industry.”

With agreement on the law and a technical standard in place, the job of certifying halal meat can be left to private companies, she said: “What makes meat halal is the responsibility of the slaughterhouse and the butcher selling the meat.”

The Dutch Meat Industry Association’s (Centrale Organisatie voor de Vleessector - COV) communications manager Dé van de Riet told Salaam Gateway that he had no issues with the standard per se, as long as it followed the Dutch government’s main slaughtering regulation, which follows the principles of the covenant. “Companies follow the regulation that is strictly controlled by the government,” van de Riet said. He maintained that the standard’s detailed guidance would be particularly useful for smaller slaughterhouses and meat processing companies, as it would give their staff clear rules to follow.

“We operate inside the law and our members work as agreed. Everything above that, for example quality systems companies might have, that is an issue for them. It’s a business choice if they use this extra standard. Our baseline is that our members have to work within the law,” said van de Riet.

That said, there may be problems exporting meat from the Netherlands slaughtered according to the standard to countries such as Belgium and Denmark where stricter rules requiring stunning apply. Van de Riet said: “This type of production is only supposed to be for the internal market in the Netherlands, not for exports.” According to Wageningen University, most halal meat goes to Muslim and kosher butchers in the Netherlands.”

Although “not all Muslims eat halal meat,” van de Riet still says that halal meat sales are important to the Netherlands. Various reports suggest the number of Muslims in the Netherlands is at least a million. Köktas puts the figure at 1.2 million. The Dutch ministry of agriculture spokesperson said, “about 5% of the Dutch population considers themselves Muslim.” The Deloitte/Wageningen report said that in 2020, 64,400 cattle, sheep and goats were slaughtered without stunning on Dutch territory. That is 2.2% of the nearly 3 million cows, goats and sheep slaughtered that year. 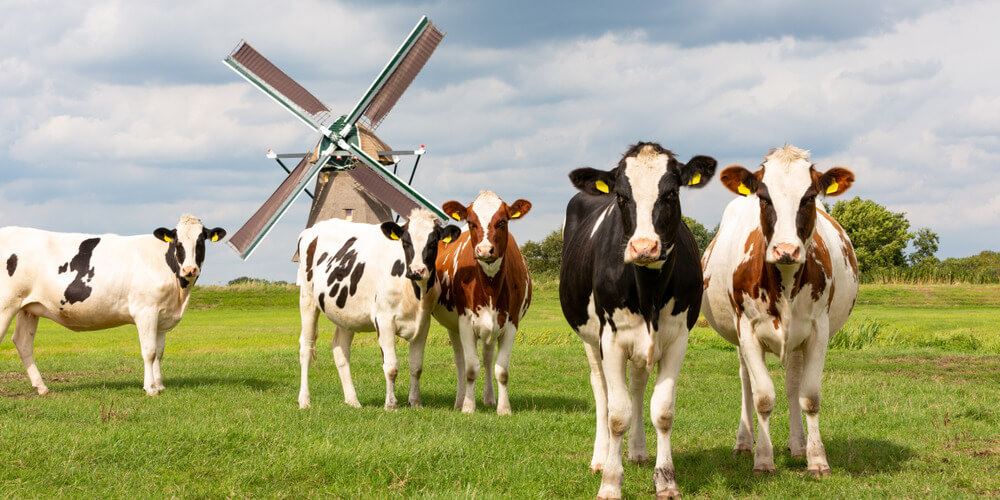 New Dutch halal standard aims to deliver religious respect and animal welfare
New standard is a boon for the Netherlands’ million-plus Muslims, but halal meat exports may be hobbled.   Brussels: As controversy continues over..
https://salaamgateway.com/story/new-dutch-halal-standard-aims-to-deliver-religious-respect-and-animal-welfare